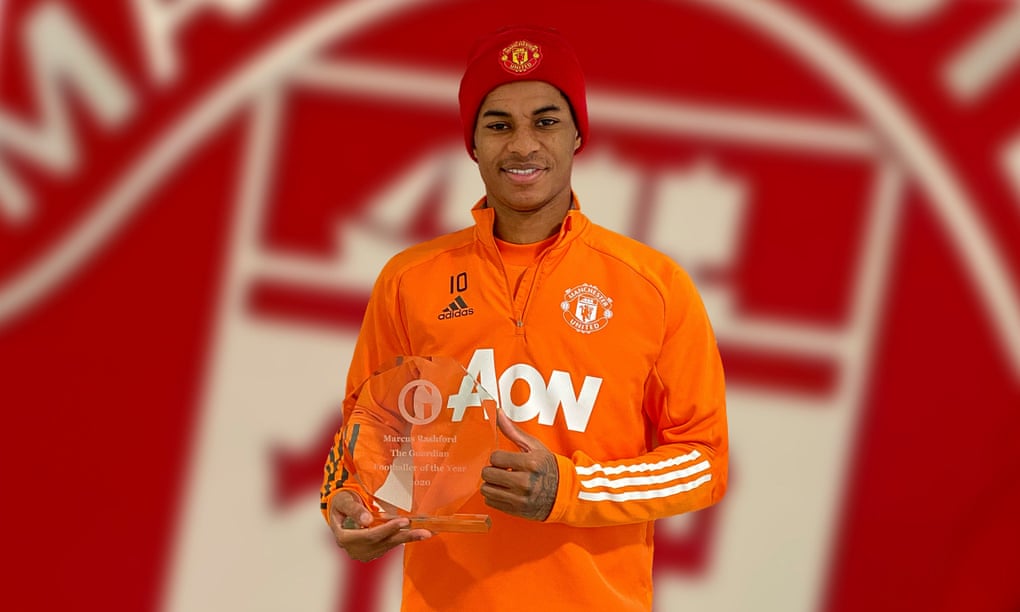 Manchester United and England forward, Marcus Rashford has been named the 2020 Guardian Footballer of the Year.

The young striker has been influential both on and off the pitch, especially after leading the campaign to keep poorest and most vulnerable children in the United Kingdom fed.

His heroics off the field earned him the Member of the British Empire (MBE) honour from the Royal family in recognition of his services for vulnerable children in the United Kingdom during the COVID-19 pandemic.

He was also awarded the GQ Campaigner of the year at the 2020 GQ Men of The Year Award, alongside John Boyega and Lewis Hamilton.

Rashford who grew up relying on breakfast clubs, free school meals and snacks while food banks and soup kitchens told The Guardian UK:

“I was concerned for children just like me if the schools closed as part of the national lockdown,” Rashford says. “Without breakfast club and free school meals, I had very little. What would me and my mum have done? I’d injured my back last January and spent time with families during the early stages of my recovery through FareShare, and it was clear they were as reliant on the food vouchers [for school meals] as the food banks. It wasn’t one or the other. They needed both to survive. I knew what that fear felt like. I knew what fear in my mum looked like. I didn’t want that for any child or any parent.”

Speaking about the influence of his mother, Mel, Rashford lays bare the debt that he owes to her. “She’s everything,” he says. “Every positive characteristic you see in me is her. If I could describe her in three words it would be strong, protective, undefeated.”