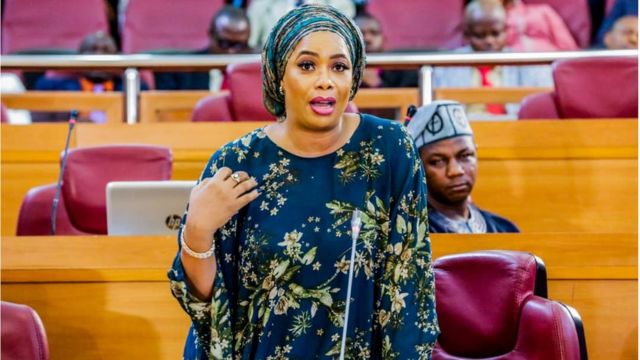 A Lagos lawmaker representing the Amuwo-Odofin constituency 1, Mojisola Alli-Macaulay, has blamed drug abuse and not unemployment for the carnage caused by hoodlums who hijacked peaceful protests across the state.

Recall that hoodlums unleashed mayhem in the state a day after soldiers attacked peaceful protesters at the Lekki Toll Gate on October 20.

A number of public and private properties were looted and vandalised with multiple police stations burnt beyond recognition.

Reacting to the event during a plenary sitting at the Lagos State House of Assembly, Alli-Macaulay stated that unemployment should not be an excuse for misbehaviour.

She added that young people need to look within themselves for solutions to problems rather than resulting to violence.

“Look at the children these days, the youths. I like your submission, Mr Speaker, that it is not unemployment that should be the bane or the reason why youths will come out and begin to misbehave, there are unemployments in so many countries of the world, even the United States.

“I schooled in the UK and I saw a lot of young people who were not employed but they didn’t become hoodlums. Why can’t we look inwards and look for solutions to our problems? Why can’t the young people look within themselves, look for their talents? Even if as graduates, what stops you from becoming a designer or a professional tiler or what have you and make a brand of it. There is no excuse for being a hoodlum.

“Mr Speaker, I think it is about time I mention this on the floor of the house… that the National Orientation Agency needs to set to work. We need to begin to orientate our young people. We need people who can talk to them from time to time. They are high on drugs all the time, most of them. They go to social media, they do all sorts of things. I’m even scared to give my young children phones because I’m scared I don’t know what they’ll see on social media, it’s that bad.

“We need to set the National Orientation Agency to work. The Nigerian National Population Commission, we need to have data… statistics of our citizens. We need to know who is what and where. We need to be able to identify our people and Me Speaker, this is my humble submission in conjunction with what Hon. Rotimi Olowo has said that a committee be set up to look into this carnage.”