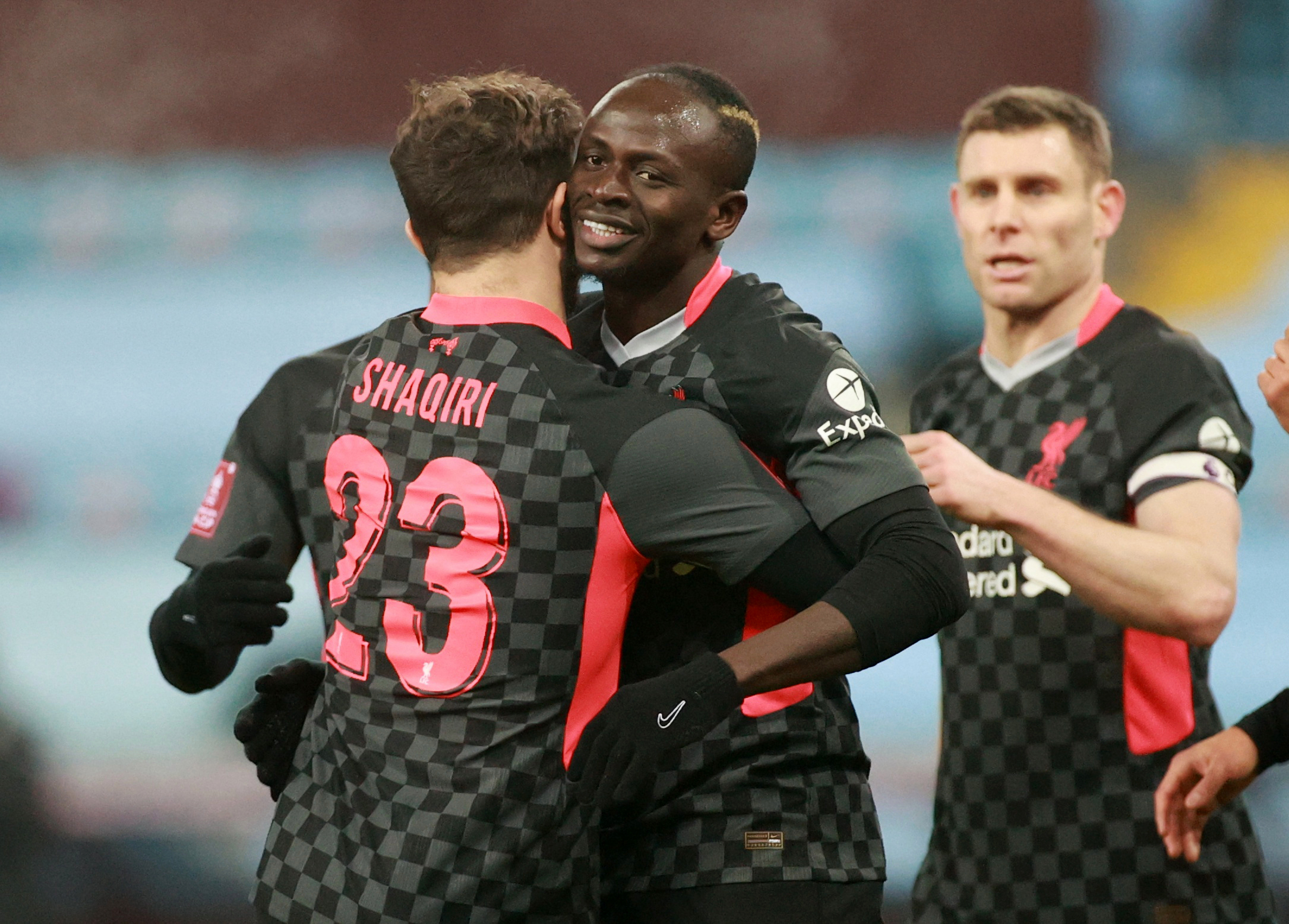 Sadio Mane bagged a brace as Liverpool demolished Aston Villa in the third round of the FA Cup to qualify for the next round of the competition on Friday night.

Jurgen Klopp fielded a strong squad, including Sadio Made, Mohammed Salah and Jordan Henderson against Dean Smith’s side which had seven under-23 players and four under-18 players.

Liverpool took an early lead with a header from Mane in the 4th minute as he pounced on a cross from young Curtis Jones.

The Premier League champions built on their poor attacking exploits from their previous match which they had just one shot on target by securing seven shots of 14 total shots in the first half but failed to capitalise on the advantage.

It’s a dream start to life in England for the former Barcelona starlet as he netted on his debut against one of the best teams in the country as the first 45 ended on a high note for the Villans.

Klopp’s side began the second half with more determination and got rewarded as they bagged three goals in the space of five minutes to convincingly regain control of the game.

Georginio Wijnaldum showed why the Reds why he is on Barcelona’s reader by netting in the 60th minute to atone for early sitters missed in the first half.
Senegalese, Mane made it 3-1 two minutes later through an assist from substitute, Xherdan Shaqiri. The 28-year-old beat Villa’s Onodi again with another header as he bagged his brace on the night.
The floodgate was certainly opened for the Reds as Mohammed Salah also put his name on the score sheet two minutes after with another assist from Shaqiri.
Liverpool have now ended a three-game winless streak after two draws and a loss in the Premier League, including the 1-0 defeat at the Saint Marys Stadium over the weekend.
Since beating Liverpool in the 2014-15 semi-final, Aston Villa have now lost their last four FA Cup games against Premier League sides.
Related Topics:Aston VillaFA Cup 3rd roundFA Cup 4th roundFeaturedLiverpoolSadio Mane
Up Next