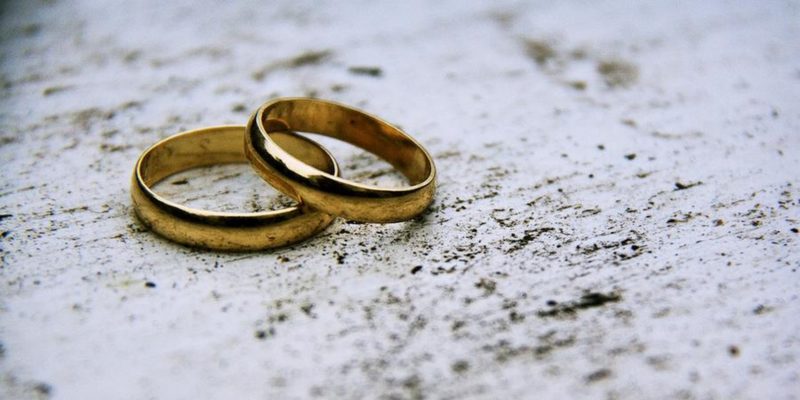 Lawyer and Aid worker from Borno state, Maryam Suleiman Jaji, has narrated how her aunt’s husband divorced her after 24 years of marriage.

Maryam, who revealed this via Twitter on Sunday, May 16, said her the man stopped her aunt from working, furthering her education and even family planning.

According to the lawyer, the man who said he didn’t have any income to feed them has now divorced his aunt and her nine children to marry someone else.

“My aunt’s husband stopped her from school, family planning, working, everything. Now he has divorced her after 24 years of marriage with 9 kids because he is remarrying. Ya ce ya yafe kids din and he doesn’t have any income to feed them,” she said.

“She took the kids to him and said at least he should feed them because she doesn’t have any means to. He said to them “nikam ku je ba na ce na sallame ku harda mamar taku ba?””

According to google translate “nikam ku je ba na ce na sallame ku harda mamar taku ba” means “Why don’t you go and say I fired you, including your mother?”. 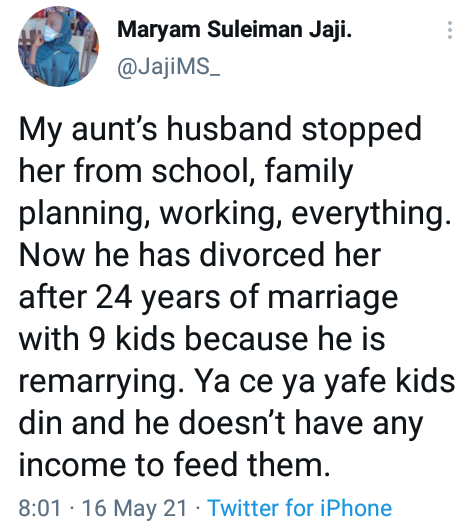 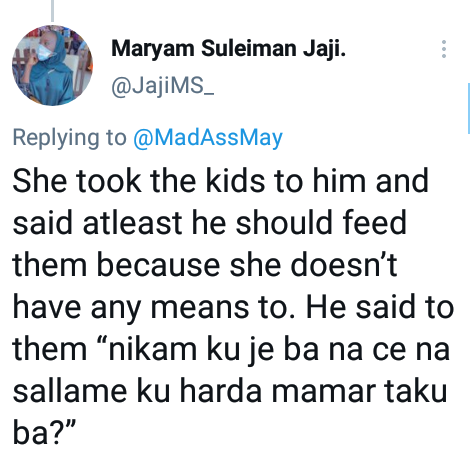 Return to Nigeria or be harassed out of Paris, Omokri warns Buhari