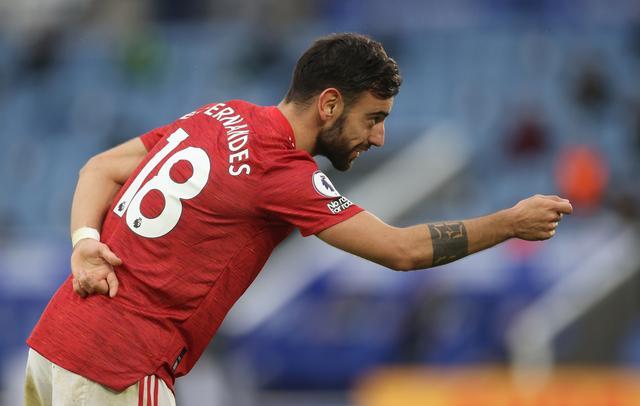 The Portuguese maestro, who has been a serial winner of awards since joining The Red Devils from Sporting in January 2020, began United’s comeback with his trademark penalty, sending Emiliano Martinez the wrong way for his 27th goal of the season in all competitions for the club.

No Premier League midfielder has scored as many goals since Frank Lampard found the net 27 times for Chelsea in the 2009/10 season.

Just like Lampard, Fernandes has scored many penalties and his teammates said he never disappoints when called upon.

Greenwood told MUTV: “We always knew Bruno would put it in the back of the net,” while Luke Shaw spoke about the 26-year-old practising penalties in training.*

“I knew Bruno was going to score the penalty,” Shaw insisted. “We practised them yesterday after training, me and him, for about 20 minutes, so if he didn’t score, I would have got at him! I’m there just to push Bruno along, to make sure he’s not being sloppy!”

However, the Portuguese is on course to beat Lampard’s record and that of Robin van Persie to become the first United player to hit 30 goals in a campaign since the Flying Dutchman did in the title-winning campaign of 2012/13.

Meanwhile, Fernandes’ compatriot Cristiano Ronaldo 149 games to hit the same tally of 27 goals for the club. It’s taken Fernandes nearly half as many (76 appearances).

United face Leicester City, Liverpool, Fulham and Wolves in the Premier League as well as Villareal in the Europa League final to wrap up the 2020/21 season.