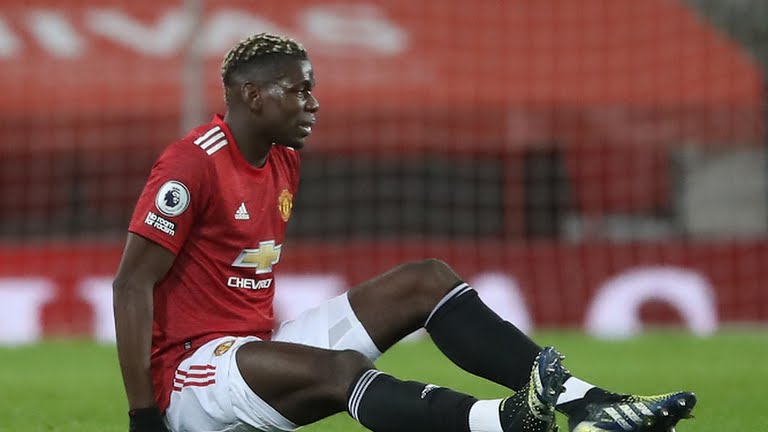 Manchester United manager, Ole Gunnar Solskjaer, has confirmed that Paul Pogba will be absent for a few weeks after suffering a thigh-muscle injury.

The Frenchman who was United’s January Player of the Month was forced off in the first half during the dramatic 3-3 draw against Everton at Old Trafford on Saturday.

The 27-year-old midfielder was forced off towards the end of the first half of Saturday’s match, just days after being named the club’s player of the month for January.

Speaking to MUTV on Monday, Solskjaer said that “It’s an injury that will take a few weeks to heal.

“He’s just started his recovery, working with the medical staff and we’ll get him back as soon and as safely as we can.

“Of course, Paul has been very important for us and we’re not going to take any risks. (So it is) a few weeks definitely.”

“You never want to be injured and, especially, now Paul was really finding his form and enjoying his football. For us, we just have to take as many points and wins as possible, when you lose players.

“We’ve been very healthy and strong for a long period so we can’t moan too much.”

He will miss Tuesday’s Emirates FA Cup fifth-round encounter with West Ham United, in addition to the Europa League ties against Real Sociedad.