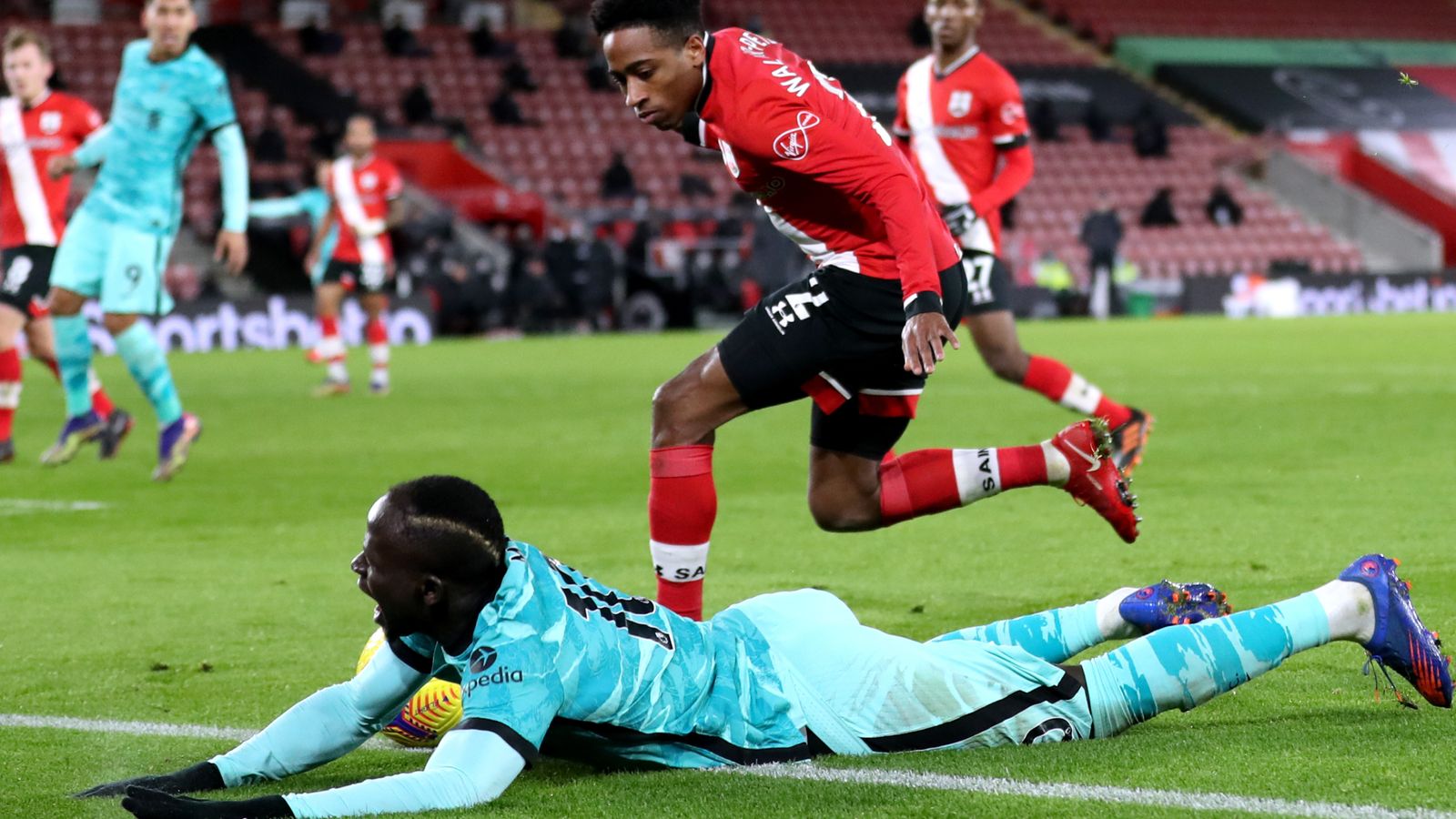 Liverpool manager, Jurgen Klopp, has fired shots at joint league-leaders, Manchester United ahead of the crucial Anfield clas next weekend.

This comes after the Reds were denied two penalty calls in the 1-0 defeat away to Southampton on Monday night as Klopp felt the decision should have gone their way.

Klopp whose side are now without a win in three Premier League matches were denied the penalties by referee Andre Marriner when Kyle Walker-Peters challenge on Sadio Mane and Jack Stephens’ handball while blocking a Georginio Wijnaldum shot.

Speaking in his post-match press conference, Klopp argued that Man Utd have “had more penalties in two years than I had in five-and-a-half years”.

MORE READING!  Lampard's future 'not my problem at all', says Mourinho

Recall that Bruno Fernandes netted a penalty for Manchester United against Aston Villa after Paul Pogba was tripped by Douglas Luiz.

The goal sent United to kept United second on the table with 33 points and game at hand against Burnley. A win or draw will take them ahead of Liverpool before the crucial game at Anfield.

Klopp told Sky Sports: “If anybody ever again will say Sadio Mane is a ‘diver’, it’s the biggest joke in the world. This boy tries to stay on his feet with all he has. In two situations… other teams will get a penalty for it, let me say it like this. Then the handball, I don’t know who will explain that to me.”

“We had a really good view of it [the Mane incident], and it looked like a clear penalty. I turned around to the fourth official and asked if it was going to be checked, he said it already had been and was not a penalty. That’s 100 per cent true, and now someone wants to tell me how quick they had it in all these different angles.

“The boy tried everything, had a few great challenges with Walker-Peters, but there were a lot of situations which should have been free-kicks. The last one, when he goes down, you see that back and in the box he hits him in the end with his left foot, that’s a penalty.

“We cannot change. I hear now that Manchester United had more penalties in two years than I had in five-and-a-half years. I’ve no idea if that’s my fault, or how that can happen.

“But it’s no excuse for the performance. We cannot change it, we have to respect the decisions. But we can change our performance. That’s our focus now.”

Bruno Fernandes scored 15 penalty goals for the Red Devils during his first year at the club and nine since the start of February 2020 in the Premier League – two more than any other player.

Elite sports to continue in England in spite of national lockdown