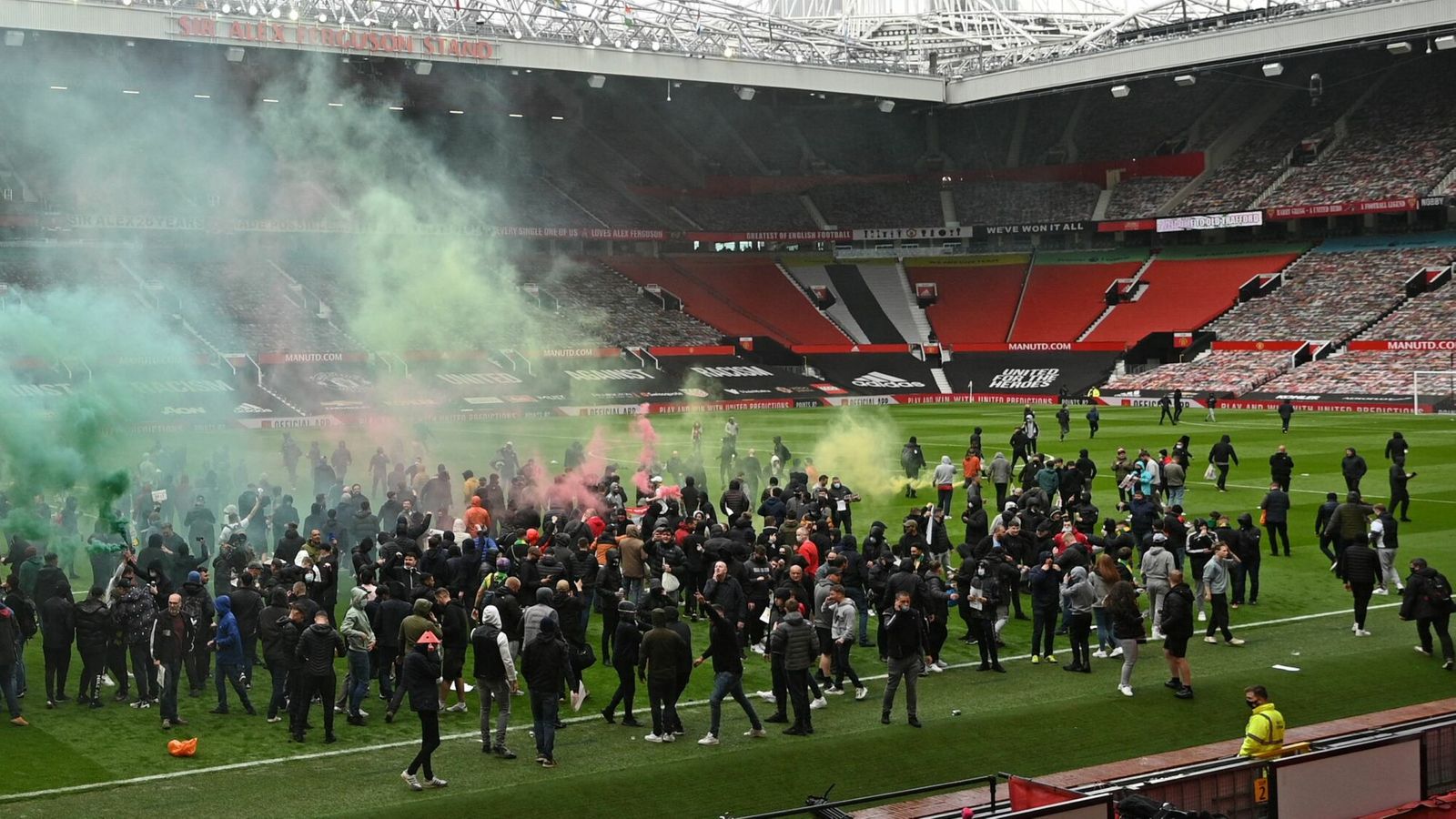 Premier League giant, Manchester United, have vowed to work with the Greater Manchester Police to identify the fans who were involved in criminal activities during the invasion of Old Trafford on Sunday afternoon.

Recall that the club’s fans, numbering over a thousand, staged a protest against the owners, the Glazer family, while about hundreds invaded the pitch, forcing the Premier League to postpone the behind-closed-doors game against rivals, Liverpool.

The police said that at least two police officers were injured during the demonstrations, with one hospitalised after “sustaining a significant slash wound to his face,” according to Sky Sports.

However, in a statement released on Monday, the club condemned the violence, noting that “while many fans wanted to exercise their right to protest and express their opinion peacefully, some were intent on disrupting the team’s preparation and the game itself, as evidenced by activity at the Lowry Hotel and at the stadium.”

United also debunked claims suggestions that the unruly fans gained access to the football pitch during the protest with the help of the club’s staff.

“Reports in mainstream and social media that protesters were able to access the stadium and pitch via a gate opened by club staff are completely incorrect,” the statement added.

“After breaking through barriers and security on the forecourt, some protestors climbed the gates at the end of the Munich tunnel, then forced access to a side door in the stand, before opening an external door that let others through to the concourse area and the pitch.

“A second breach occurred when a protestor smashed the door of a disability access lift, enabling a group to enter the stand.

“The majority of our fans have and will condemn criminal damage, along with any violence towards club staff, police or other fans, and these now become a police matter.

“The club has no desire to see peaceful protestors punished, but will work with the police to identify those involved in criminal activity, and will also issue its own sanctions to any season ticket holder or member identified, per the published sanctions policy.

“Information on the rescheduling of the game and any possible implication on other fixtures will be announced after discussion and agreement with the Premier League.

“We remain committed to dialogue and engagement with our fans through the Fans Forum and other appropriate channels.”