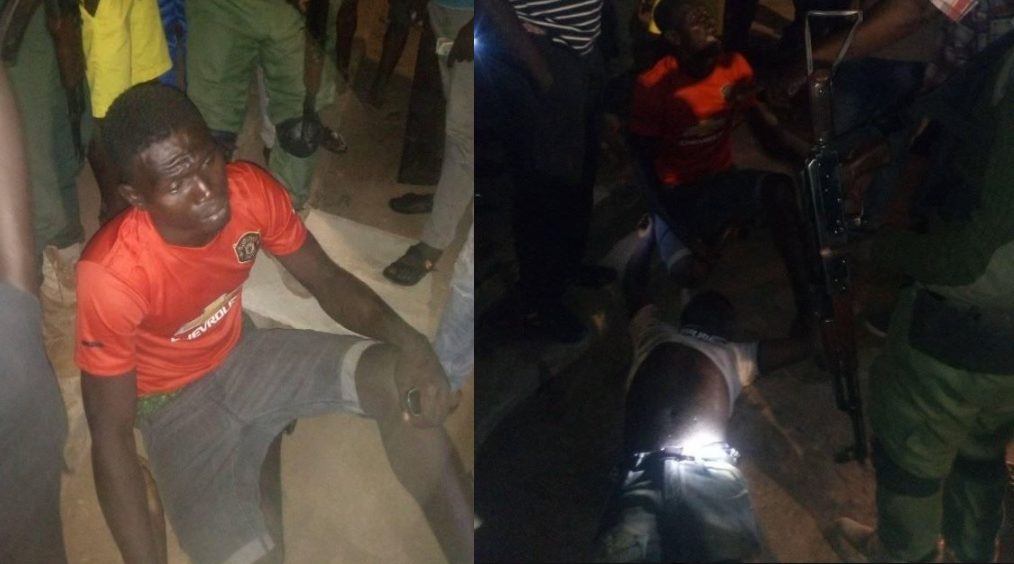 Operatives of the Anambra State Police Command have reportedly arrested a man for allegedly slapping another man to death in Awka, the state capital.

It was gathered that the incident happened on Wednesday night around a club at Abakaliki Street, Awka.

Although the social media user who shared photos of the incident on Facebook didn’t give details of what transpired between the deceased and the suspect simply identified by his nickname as Tallest.

The Facebook user Benneth Odife who shared the report on his page wrote:

“Just one slap from the guy on red T-shirt, he collapsed and die. This happened yesterday night at Abakeleke street Awka (club zone).”

Tallest was said to have landed a slap on his opponent which sent him into oblivion, from where he passed on.

The suspect was subsequently arrested by the police.

Some residents of the area where the incident occurred while reacting to the Facebook post described Tallest as a troublemaker in the neighbourhood.

“That guy with red the act like if nah him papa be the founder of awka ,him cup don full

“That guy with red e too the make problem.”

“TALLEST what kind of problem is this from one trouble to another this one now is murder. May God help you out from this one.”

MORE READING!  "My husband puts all his earnings into betting, doesn't care for his children'

Woman arraigned for allegedly stabbing rival in an hotel