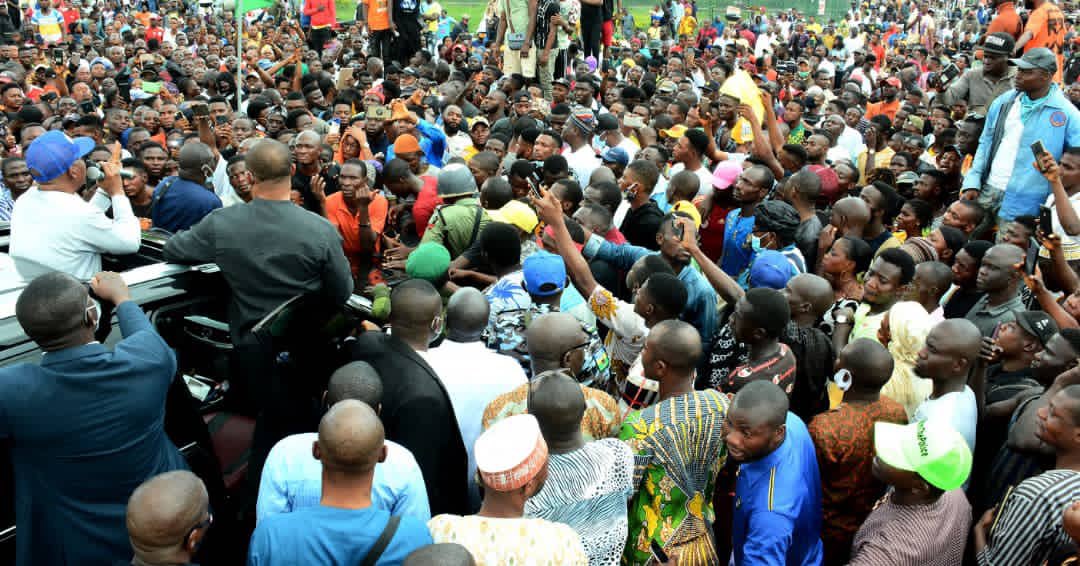 A Twitter user has said that EndSARS protesters were not attacked by the convoy of the governor of Osun State, Gboyega Oyetola.

Social Media reports had said that the governor’s convoy opened fire on the protesters who are demanding an end to police brutality.

Reacting to the reports, @MrAfobaje said that some hoodlums disrupted the protest at the time Oyetola was addressing the protesters.

He said that the governor and the protesters had to scamper for safety.

“This is the governor of Osun Gboyega Oyetola addressing peaceful protesters before the protests were hijacked by hoodlums. I know we want to blame it all on government but let’s try keeping the story straight.

“I have seen the narrative being pushed here that the Governor’s convoy opened fire on peaceful protesters. This is not true. Why and how would his convoy open fire while he was addressing them and they listening.

“The hoodlums attacked peaceful protesters and the Governor’s convoy as well as everyone scampered to safety. It is essential that we don’t push falsehood in a bid to EndSARS.” 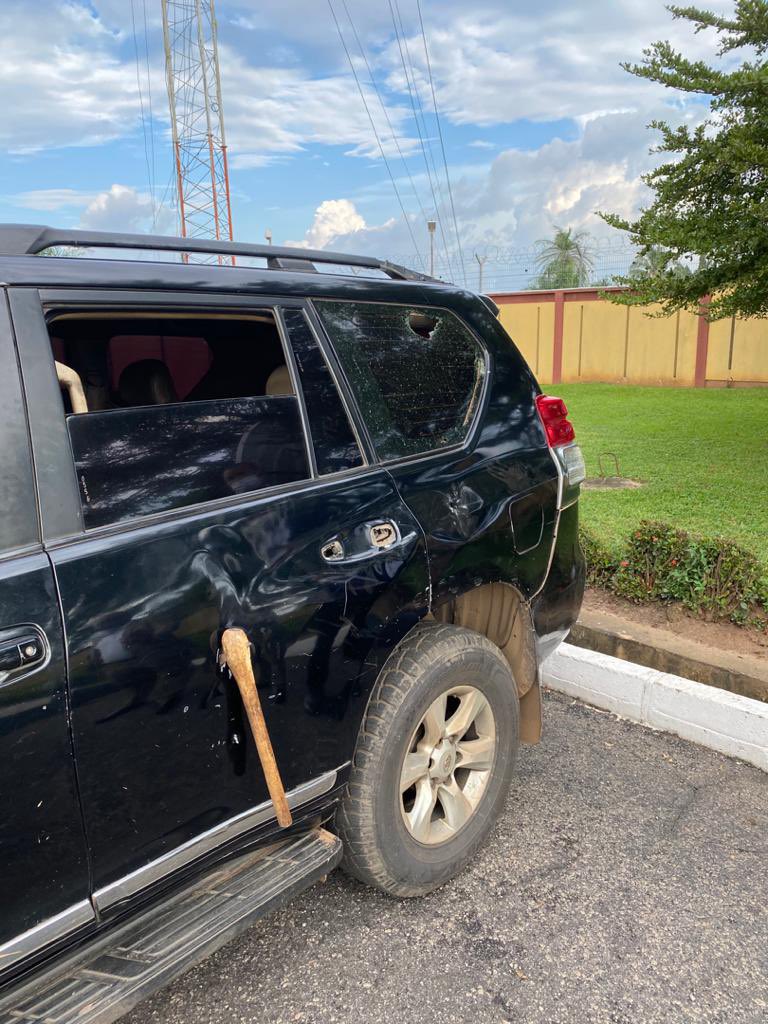