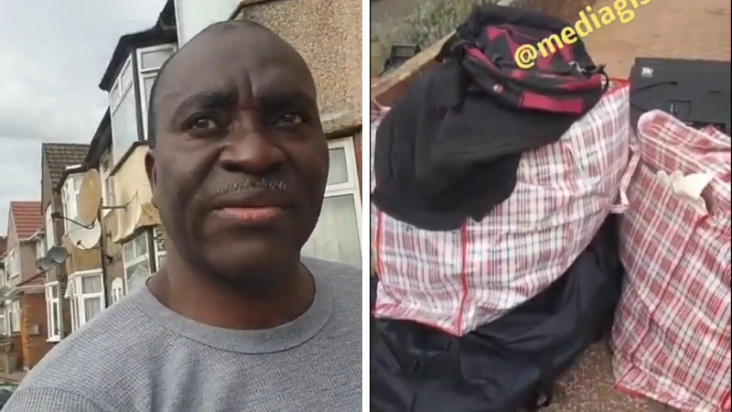 A man packed out of his matrimonial home after years of torture and maltreatment from his wife.

In a video shared on Instagram, the man claimed his wife treats him like a slave because of his status and beats him up at the least provocation.

According to the man, he once had an issue with his wife and they both reported to the Police and after investigations were done, they discovered his wife lied and advised him to move out of their house.

The man said in the video he has been slapped by his wife on numerous occasions adding that he does all the chores in the house due to threats by his wife to implicate him.

Man set to leave his wife after years of torture. . . Follow @mediagist for more exclusive updates.

Related Topics:Instagrammaltreatmentmatrimonial home
Up Next

How my brother was allegedly killed by police in 2010, Actress Mosunmola reveals

Nigerian witches have failed us big time, lady cries out