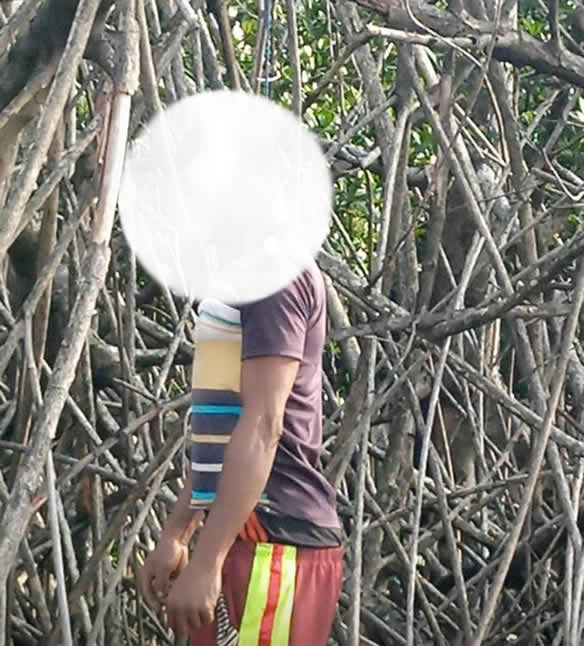 A man has reportedly committed suicide in Delta state after he impregnated his daughter.

The man identified as Owei Ebun who hails from Ajakurama Community of Egbema Kingdom, Edo State was said to have committed suicide by hanging.

The body of the deceased was later discovered by oil workers, on Wednesday, May 20, dangling from a tree in the middle of the river opposite Jones creek community by pipeline area in the State.

According to family members who identified the deceased, Owei had put himself into family trouble after impregnating and performing an abortion for his daughter.

READ ALSO: I thought his death would make my father allow me control some of his businesses- Man who killed brother confesses

Sources say that might be the reason he took his own life.

His body has since been evacuated to the morgue .

See photos from the scene of the incident below;