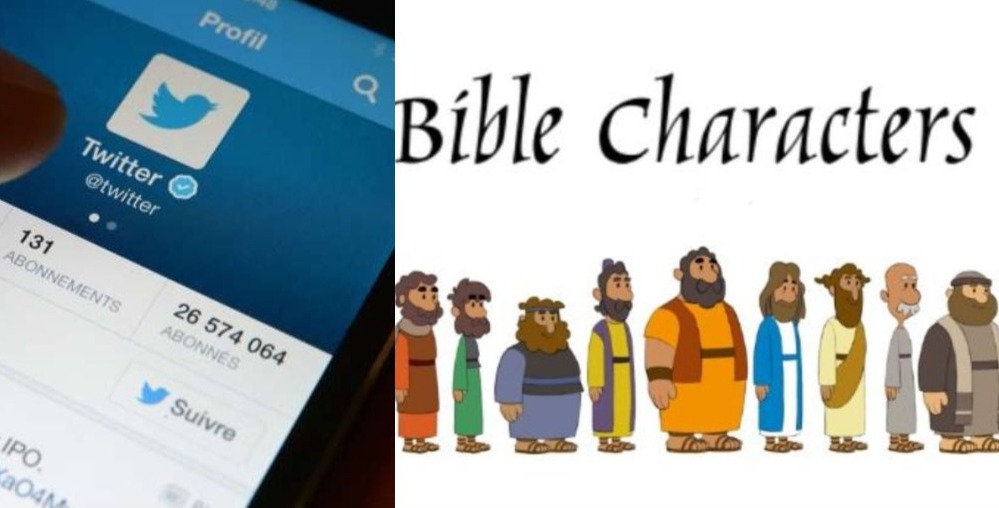 Just in case you have been wondering what it would be like to have Twitter in Bible times, a Nigerian user on the microblogging platform has an idea what that would be like and posits that Apostle Paul would have the best account among Bible characters.

According to him, Paul would have done Twitter threads on all of his encounters and experiences and may probably engage in several Twitter wars over his opinions.

His thread of tweets, though hilarious, may have passed as a heretical post if it made it to the public during the era when the opinions and activities of Christians were being gagged.

Well, let’s dig a little into Church history, there was a time in the Christendom –  when those who had a contrary opinion to the established rules of the church or faulted the belief of the church were violently attacked.

John Wycliffe, who undertook the first-ever English translation of the scripture to make the law of God available to every person who could read, faced stiff criticism from the Church over his postulations.

Martin Luther, at some point, went into hiding over his 95 theses, to avoid being prosecuted and murdered by the authorities of the Roman Catholic Church.

John Calvin who also propagated the Protestantism believed to have been started by Wycliffe also had his share of violent attack from the church.

The Foxe’s Book of Martyrs is your go-to book if you’re in search of a compendium of what Christianity was like after the transition of Jesus.

The book detailed how highly opinionated Christians were subjects of attack over their beliefs and writings seen as attacks against the Pope.

It seems we are digging too far, back to @TheVunderkind’s thread on Apostle Paul.

READ ALSO: I don’t really like punishment, Slay Queen says as she struggles to answer ‘what’s your discipline?’ question [Audio]

“My niggahs sleeping on Paul. Paul, more than anyone, would body Twitter so hard.

“He’ll quote all tweets with “FOOL.”

“Paul was the most opinionated person in the whole bible. He’s also the most influential figure in Christianity (yea, folks are gonna say it’s Jesus, but it really is Paul). Niggahs still struggling to love their neighbors as themselves but they abide by Paul’s bishopric rules.

“First time I saw an artist draw Paul he was bald and I thought “just perfect. Such a hot-headed fellow, his entire ogo has melted the hair.”

“This man’s entire life was debates and threads about how things should be.

“And he didn’t write “I feel within myself a certain arousal in my undergarments,” no no no. He called it concupiscence. Tell me that isn’t Chukudebelu.

“Paul will WRITE so STRONGLY about something everybody was uncertain about with so much confidence that people will take screenshots and post it on their WhatsApp stories with caption “this!!!!”

“And after that? HOHOHOHO. That same man would say “I’m just giving my opinion oh.” “But Paul you’re blue-ticked, so we believe whatever you-” “Abeg oh. So you won’t even use your sense to screen what I’m saying?” “But you said–” “Your problem is that you don’t think. FOOL.”

Trust social media users with their hilarious reactions, some have camped in the comment section of the tweet throwing bants.

MORE READING!  My wife tricked me into buying motorcycle from her lover, man tells court

I agree. Paul wasn’t even afraid to drag the other senior Apostles who saw the Lord face to face and dined with him.

He was certainly a character.

Tweets be like: got arrested yesterday along with my brother Silas, and you would not believe what happened…
A THREAD

I agree. Paul wasn’t even afraid to drag the other senior Apostles who saw the Lord face to face and dined with him.

He was certainly a character.

Won’t even be the most problematic, he’d probably get dragged by some of the other apostles

Wanted to nominate Judas but, just like his gospel, his tweets would be banned and redacted from history.