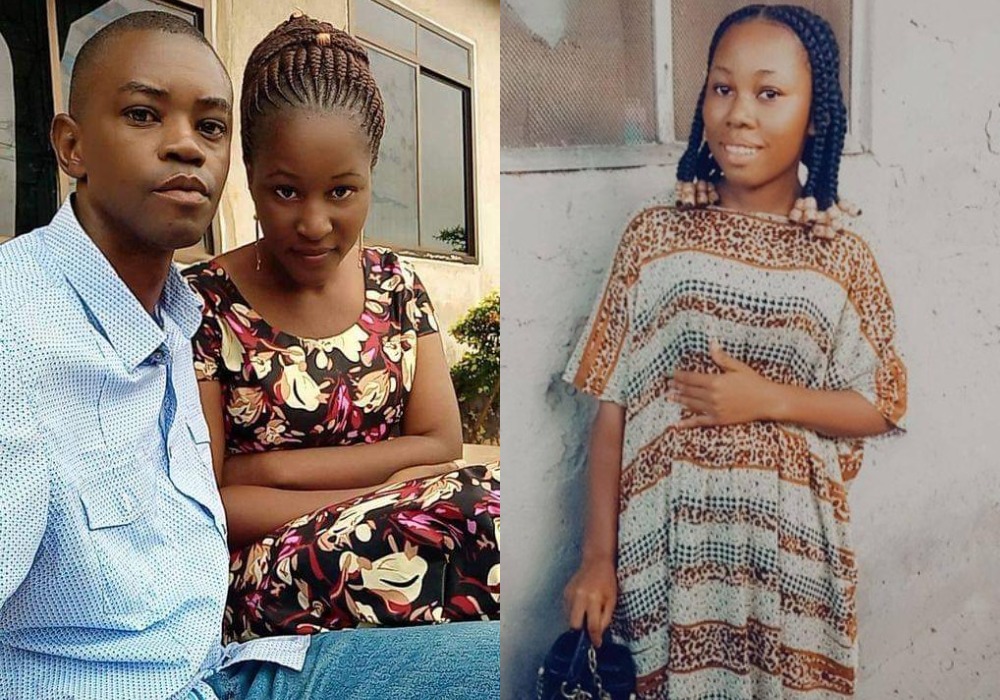 A Zambian man has ended his seven years old marriage to his wife and mother of his two kid, on grounds of being too bossy and lazy.

According to reports, the man filed for divorce in court, insisting that he doesn’t want to be reconciled with his wife, as he has decided to divorce her and marry their maid.

But the wife protested against the suit, saying she loved her husband dearly and never understand why he would divorce her and get their maid to be his wife.

When the court asked the man what he had to say in response to his wife’s position, he categorically said that he was not going to change his mind as his decision was final.

He went on to tell the Court that he had enough from his wife who was too lazy to do house chores leaving everything to be done by the maid.

The man explained that on two occasions, Elders had sat them down in trying to help them resolve their marriage crisis, but there had been no change.

He said all that the wife did at home was just busy issuing instructions to their maid whilst she would be seated carried away with her phone.

The hubby further told the Court that even during weekends when he’s not working, his wife would never bother to cook for him as she used to do in the early days of their marriage.

According to him, his wife would instead get busy preparing herself to go attend Kitchen Party Committees, coming back drunk in some cases a thing she never used to do in the past.

MORE READING!  My ex-girlfriend that 'I did virtually everything with' couldn't believe I became pastor - Adeboye

The husband went further asking the Court to carefully look at the long nails of his wife if really that kind of a woman could do any house Chores.

He insisted that as far as he’s concerned, the maid was now going to be his wife since she was the one doing everything at home including caring for the kids.

Marriage was reportedly dissolved since the Court had nothing much they could do. 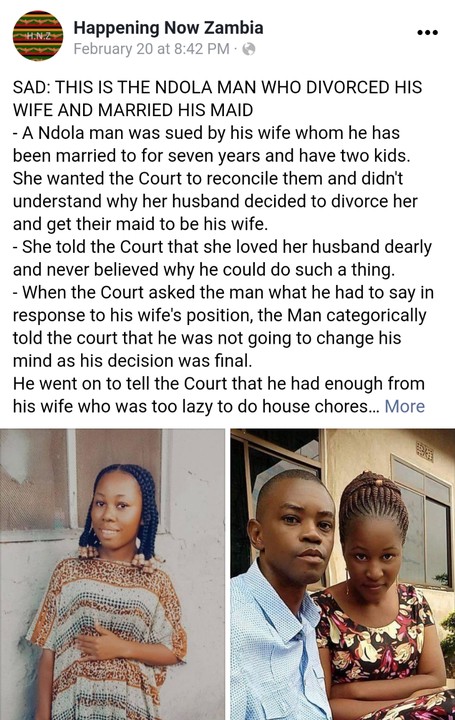 Related Topics:DivorceFeaturedZambian man
Up Next