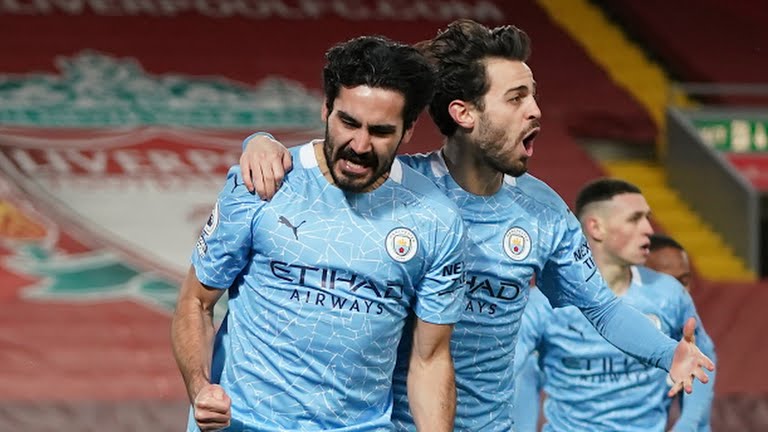 Premier League champions, Manchester City, put an end to their Champions League semifinal heartbreak when they booked their spot in the final months ago.

The noisy neighbours strolled through the group stage with an almost perfect record (five wins, one draw), scoring 13 goals as Pep Guardiola’s men brushed aside FC Porto, Olympiacos and Marseille.

According to Optajoe, Manchester City progressed from the Champions League group stage with 16 points – the joint-most among English sides in a single group stage in the competition (along with Arsenal in 05-06, Man United in 07-08 and Tottenham in 17-18).

A Round of 16 clash against German outfit, Borussia Mönchengladbach, ended in a 4-0 victory over both legs before the Citizens were pitted against a tougher German opposition for the Quarter-Final.

Dortmund were expected to give City a run for their money with the like of Jadon Sancho and Erling Haaland tipped to shine but it was young Phil Foden who stole the show with defining goals as City win both legs 2-1 apiece.

It was also Riyad Mahrez’s turn to shine in the semi-finals and the Algerian showed last season’s finalist, Paris Saint-Germain the stuff he was made of by scoring three goals as City won both legs 4-1 to entered the final for the first time in their history.

Pep Guardiola’s side would need to defeat Chelsea in the finals tonight their quest to claim their first Champions League trophy.

About 16,500 fans would watch the clash between both teams live at the Estádio do Dragão in Porto.