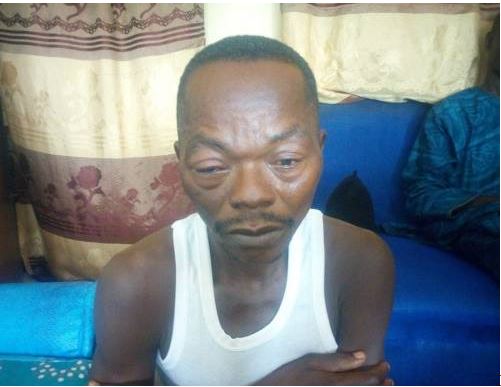 A 40-year old man, Robbert Mede, has been apprehended by the Adamawa Police Command for killing his wife to death.

Mede, who is a resident of Bodere Village under Ribadu District, in the Fufore Local Government Area allegedly killed his wife, Ladi in what neighbours said started out as domestic violence over cheating allegation.

Ladi was said to be seven months gone in her pregnancy before the fight broke out.

According to SaharaReporters, the dispute started between the couple when the late woman accused her husband of cheating on her.

Narrating how it all happened, Mede said, “On July 4, 2021, I set out at about 8pm to go pacify my friend, Mustapha’s wife to return home.

“While waiting for Mustapha outside my compound, my late wife suddenly came out and held me by the jugular, accusing me of infidelity.

“She dragged me back into the house, beating me and I fell to the ground.

“I managed to free myself from her grip, picked a stick, and hit her on the waist.”

A remorseful Mede disclosed that though he rushed her to the hospital, it was too late as she was pronounced dead before arrival.

The police spokesperson in the state, DSP Suleiman Nguroje, confirmed the incident.

He said, “Yes, he (Mede) is in custody. We’re going to charge him to court for the law to take its course.”