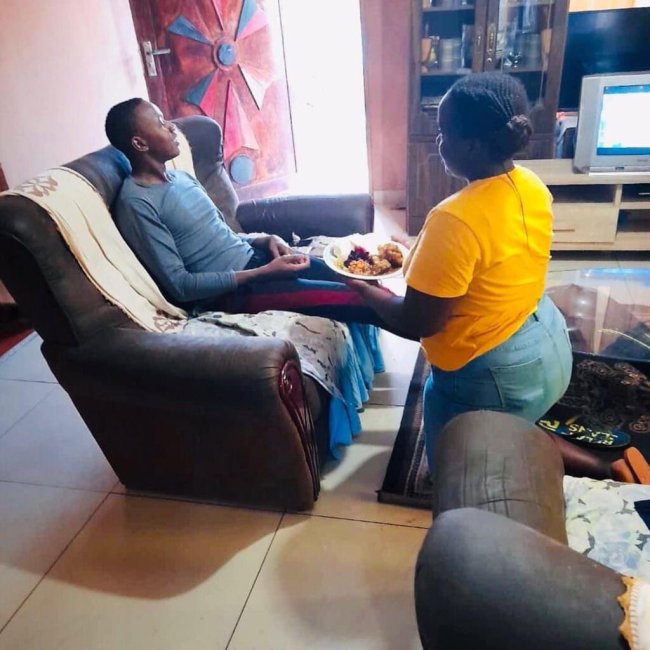 A Nigerian man has taken to social media to shower praises on his wife after she served him food.

The exemplary wife after preparing a sumptuous meal for her husband, took the food to him in the living room where he sat to watch TV, then she proceeded to kneel down and bow her head while she served him.

The husband who was surprised by her distinctive show of respect and love took to Twitter to appreciate her.

Sharing the photos online, he stated that modern wives would never do such for their husbands. 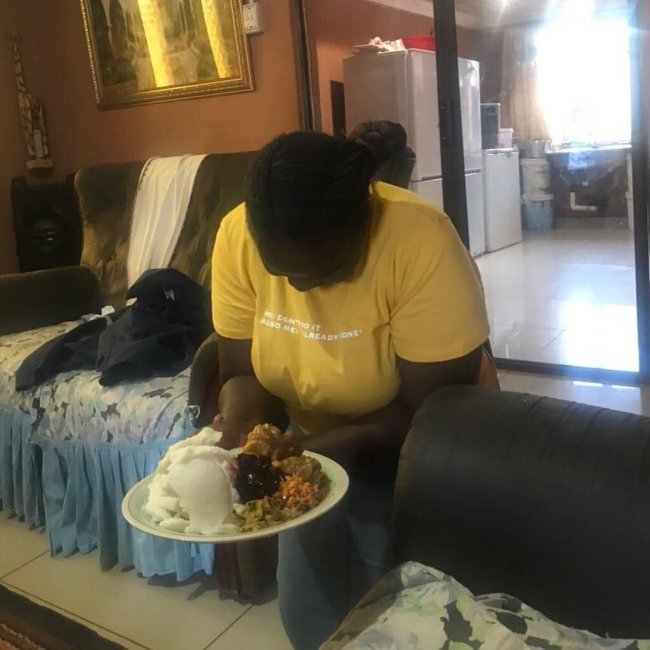 However, this has stirred mixed reactions on the micro-blogging platform.

While some netizens commended the wife many others described the gesture as excessive and uncalled for.

“never in the foreverness of forever in the history before or after Christ, for all of remaining eternity in this life and all the life that proceeds it, in all galaxies and space continuums will this ever be me.

“Modern wives work Grimacing face imagine spending the same amount of time as your partner making money for the household just to come and serve him as if you don’t deserve to sit down too”.

“It’s not a force at all. And it doesn’t even take that much effort just to kneel when serving your “husband” unless u so fat u can’t even walk 5 meters without stopping. A woman who understands the value of her husband will not find it hard to do this.”

“Why would I want to served like this? I’m even the head chef in my home so such cultural practices are complete and absolutely ridiculous and unnecessary. I’m marrying my feminist and I wouldn’t trade her for a submissive “yebo Baba” kind who bows at my presence.”

I give you seven days to abandon your wife and marry me, side chic tells married lover