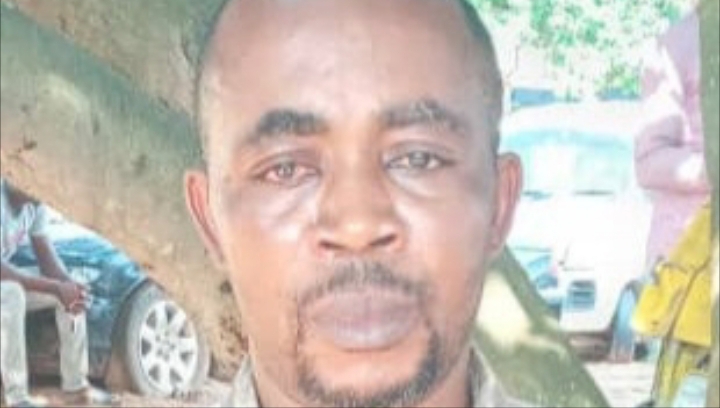 The Anambra State Police Command have arrested a 43-year-old man for allegedly impersonating his dead landlord’s son with the intention of claiming his estates and bank deposit.

This was contained in a statement released by the Police Public Relations Officer in the state, Haruna Mohammed.

The PPRO said the suspect identified as Ikechukwu Igwegbe Ilodinru hails from Onneh village in Orumba South LGA of the state.

Speaking further, he said the suspect approached the probate Registry of the State High Court Awka and started processing for a letter of Admin in respect of a deceased person namely late Okafor Osuokwu Anthony and presented himself as the deceased’s first and only Son in order to obtain the document which would have given him access to the deceased property, Estates, and Bank deposit.

”Preliminary investigation revealed that the suspect equally swore to an oath under false pretense that he is the deceased’s, biological son.

The suspect also obtained a forged death certificate allegedly from the National Population Commission stating that the deceased whose actual death took place on 27th of July 2020, occurred on the 23rd of July 2020.

He quickly rushed to Union bank to withdraw the deceased’s deposit, but was advised to get a letter of administration; The suspect who voluntarily confessed to the crime, was a tenant in the deceased’s house at Igboukwu and personated the deceased’s first son who lives in Zaria, Kaduna state.” the spokesperson said.

Haruna said exhibits recovered in his possession includes alleged forged dead certificate of the deceased, false sworn declaration as the deceased next of kin, and sworn affidavit in the High Court Awka.

The police spokesperson said an investigation is ongoing after which the suspect would be charged to Court for prosecution.