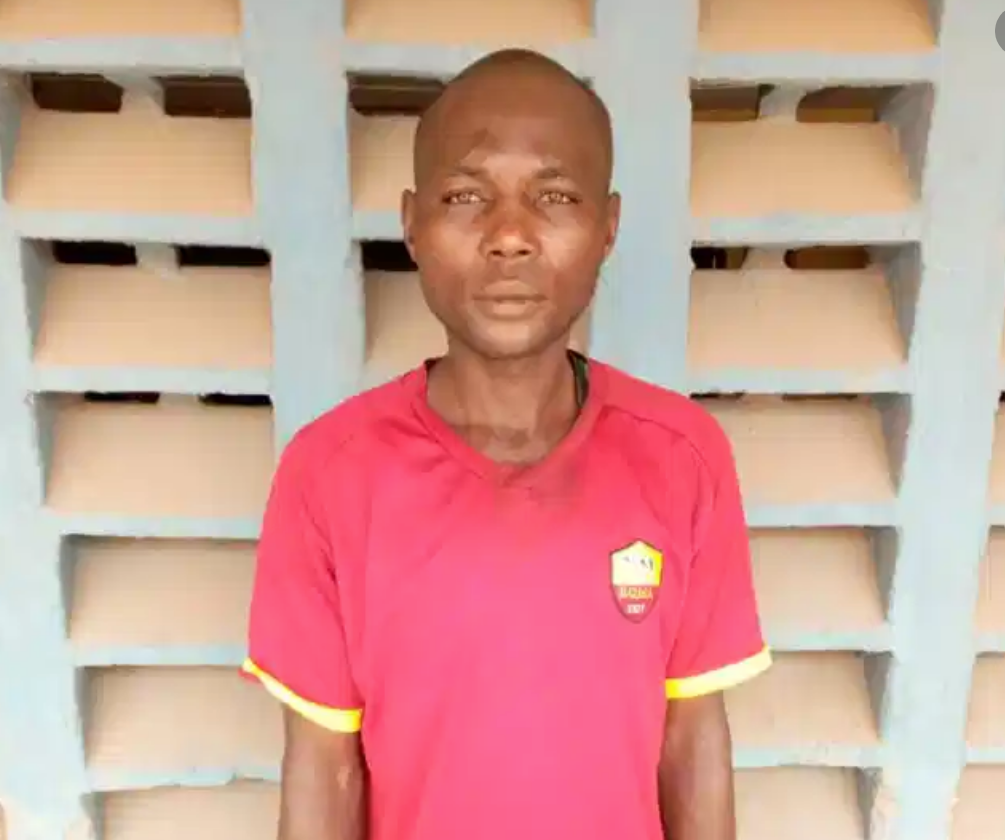 Police in Ogun State have arrested a 25-year-old man, Elisha James, for allegedly having carnal knowledge of a four-year-old daughter of his co-tenant.

The suspect, who resides on Mokore Road in Warewa, Obafemi-Owode Local Government Area of the state, was arrested on Monday following a report lodged by the mother of the victim.

The Police Public Relations Officer in the state, DSP Abimbola Oyeyemi, in a statement on Tuesday, explained that the mother of the victim reported at the Warewa Divisional Headquarters that while she went out to spread clothes that she washed around 7pm, she heard her daughter crying in the room of the suspect.

According to the PPRO, the mother stated further that when she entered the room, she met the suspect defiling her daughter.

Oyeyemi said, “On the strength of the report, the DPO, Warewa Division, CSP Folashade Tanaruno, quickly detailed detectives to the scene, where the suspect was promptly arrested.

“On interrogation, he admitted to having committed the crime, claiming that he didn’t know what came over him.”

The PPRO added that the Commissioner of Police, Edward Ajogun, had directed that the suspect be transferred to the Anti-Human Trafficking and Child Labour Unit of the State Criminal Investigation and Intelligence Department for further investigation and prosecution.

One dead as security guard connives with robbers to rob employer