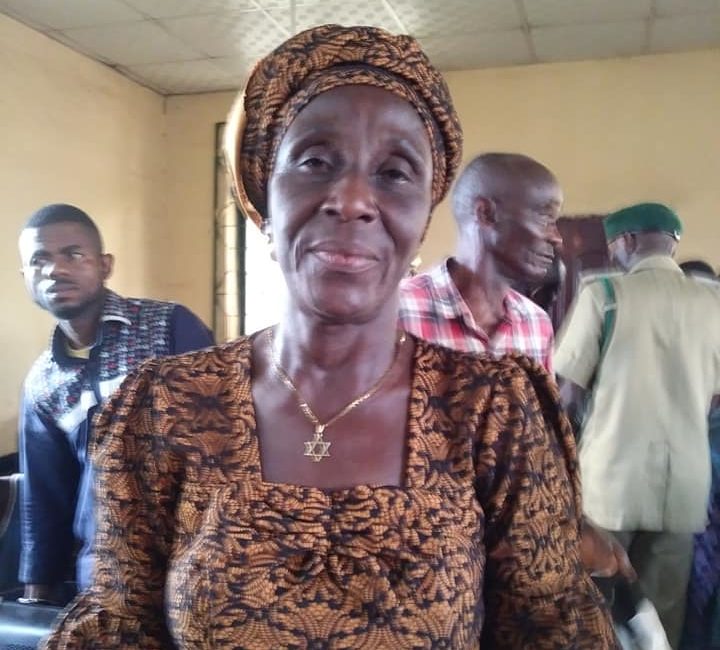 A 55-year-old woman, identified as Mama Biafra, is on trial for allegedly selling Indigenous People of Biafra [IPOB] newspapers.

Mrs  Felicia Ejezie was arraigned on Friday by Abia State Commissioner of Police, Michael Ogbizi, at the Umuahia Magistrate Court presided over by Magistrate Linda Ugboaja.

The Police had in the charge number U/9512018 charged Ejezie, aged 55 years, for “promoting membership of a terrorist group, IPOB, by selling different IPOB newspapers”, thereby committing “an offence punishable section 64(A) of the Criminal Code, Cap. 80 Vol 3, Laws of Abia state of Nigeria 2005”.

However, the Police prosecuting Counsel opposed bail application by her lawyer, Grant N. Nwokoma, on the condition that her crime was seditious in nature and that she may abscond if granted bail.

However, Magistrate Ugboaja ignored the plea by the Police prosecuting Counsel and granted her bail in the sum of N300,000.

WuzupNaija recalls that a Federal High Court in Abuja had in February given a judicial backing to the executive order of President Muhammadu Buhari, outlawing the IPOB and its activities.

The judge did not sit in the open court.

He heard and granted the ex parte motion filed by the Attorney-General of the Federation and Minister of Justice, Mr. Abubakar Malami (SAN), in chambers.

Related Topics:FeaturedIPOBMama Biafra
Up Next

HE HAS BROUGHT HONOUR & RESPECT BACK! Why Buhari deserves second term