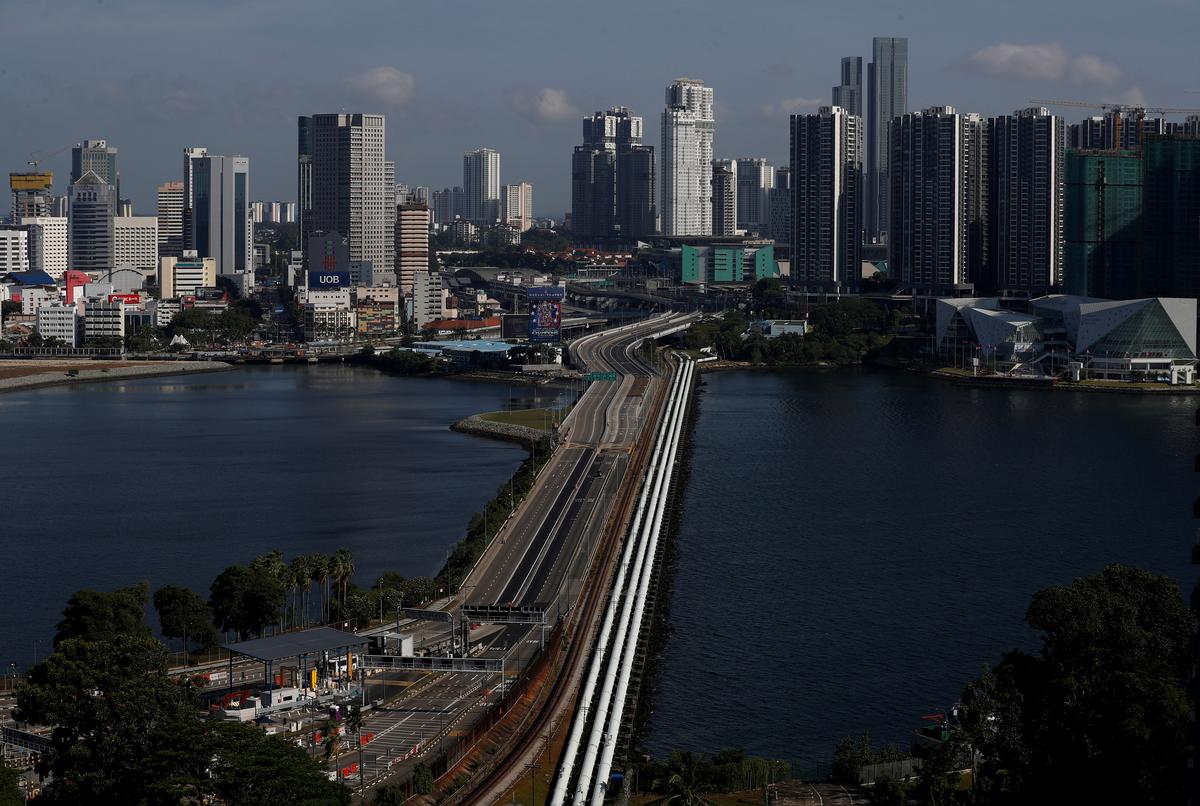 The land crossing between Malaysia and Singapore on Monday re-opened as the two neighbors further relaxed curbs first imposed in March to stem the spread of the coronavirus.

Business travel of up to 14 days is allowed, while some Malaysians who are employed in Singapore can once again cross the border to go to work.

An estimated 300,000 commuters crossed the frontier each day for work before the lockdown was imposed in Malaysia on March 18, while Singapore initiated its lockdown on April 7 and both have since eased restrictions.

According to the Ministry of Health statistics, about 9,200 cases of the novel coronavirus has been diagnosed in Malaysia.

However, more than 55,000 cases had been recorded in Singapore, almost all among foreign workers living in crowded residences.

However, most domestic business restrictions had been lifted in Malaysia and Singapore, both borders remained closed to tourists, further damaging economies hard hit by lockdowns that saw many businesses closed.

Earlier, Malaysia and Singapore announced record Gross Domestic Product (GDP) contractions in the second quarter, with Singapore’s economy shrinking a revised record 13.2 percent and Malaysia’s by over 17 per cent.

However, Singapore’s official data announced exports stayed down in July, showing a 7.9 percent fall year-on-year, a decline that would have been steeper without solid demand for Singapore’s electronics and pharmaceutical output.