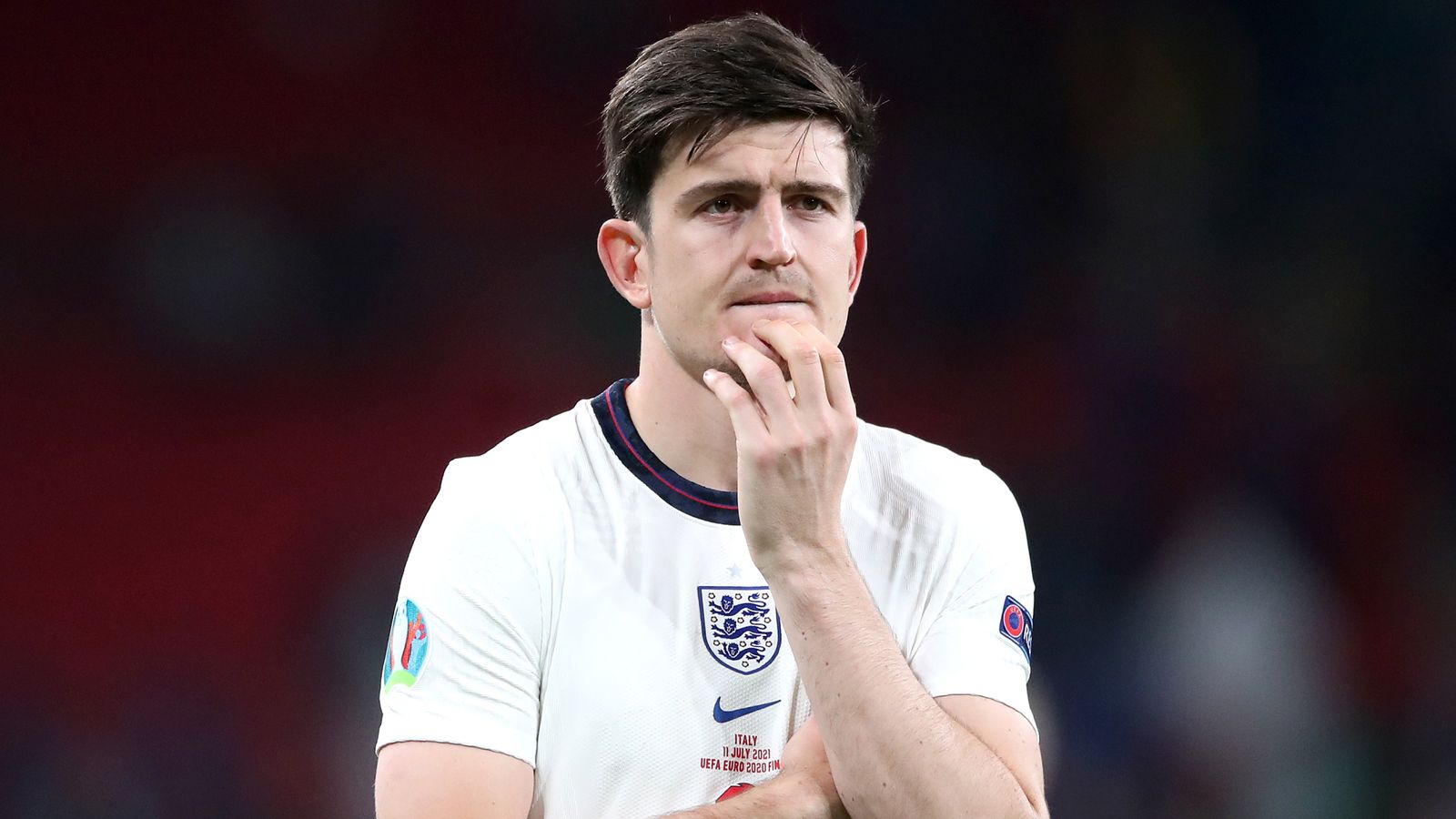 Manchester United and England defender, Harry Maguire, has revealed that his father suffered suspected broken ribs after being caught amidst a stampede at Wembley during Sunday’s EURO 2020 final.

Local media reports disturbances at the stadium as ticketless fans breached security to watch the Three Lions play against Italy.

Sky Sports reports that Maguire’s dad was left struggling to breathe following the incident as the scared 28-year-old revealed that his family will be “more aware” when attending games in future.

“My dad was in the stampede. I have not spoken with him too much but I am pleased my kids didn’t go to the game,” Maguire told UK Sun.

“It was scary – he said he was scared and I don’t want anyone to experience that at a football match.

“I have seen a lot of videos and have spoken to dad and my family. It was my dad and agent who suffered the most. He was struggling with his breathing afterwards because of his ribs, but he’s not one to make a big fuss – he got on with it.

“I hope we can learn from this and make sure it doesn’t happen again. Dad will always support me and go to the games but he will be a little bit more aware of everything going on around. We should all be more aware and learn from it.

“Things could have been a lot worse but we have to make sure it does not happen again,” he added.