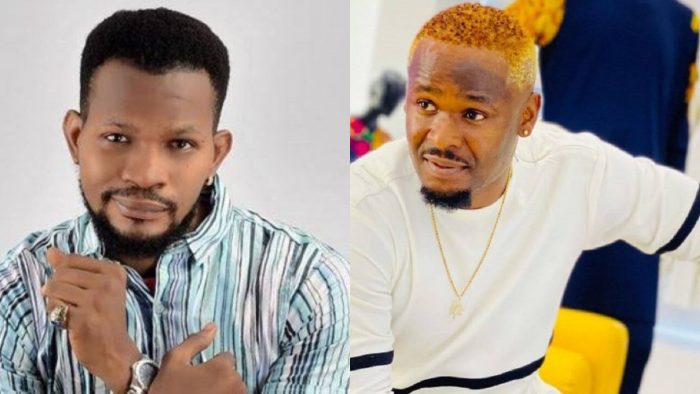 Uche Maduagwu, actor and critic has knocked his colleague, Zubby Michael, after he claimed he was the richest actor in Nollywood.

Zubby, in a recent interview with Broadway TV, spoke about acquired properties and his success in acting and film making.

He claimed that as for the moment, he is the richest and most successful actor in Africa.

But his colleague Maduagwu countered his claims and jeeringly said Michael might have been talking about spiritual richness.

“Nothing person no go hear for #naija abeg make we give standing ovation to all the spiritual richest #actors wey no get mansion for #lagos and #abuja,” he said. 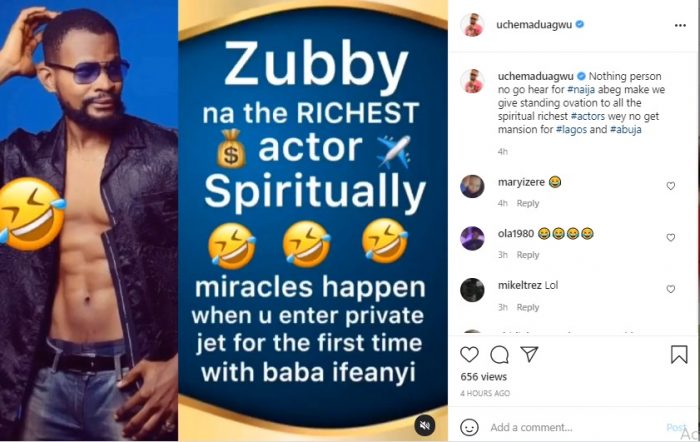 Related Topics:AfricaInstagramZubby Micheal
Up Next