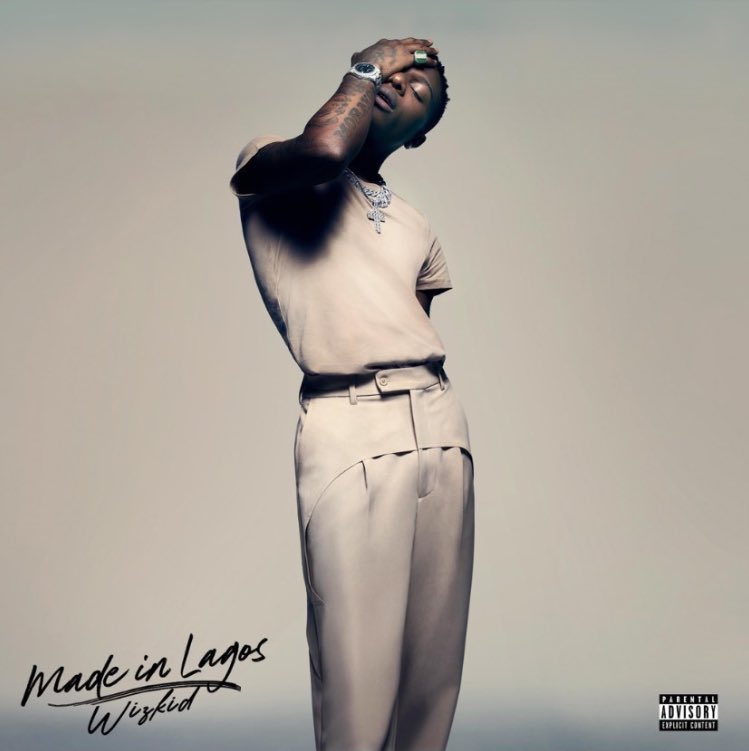 Wizkid and the name of his new album, Made In Lagos, are the top Twitter trends in Nigeria ahead of its launch on Thursday evening.

It’s the musician’s first album in three years, and has won praise from critics including the UK’s Guardian newspaper which called it “superbly crafted”.

According to the Fader in the US, the lead single No Stress a “bedroom banger”, and OkayAfrica described it as subtle, smooth and mellow.

Made in Lagos which drops by 11:11pm Nigerian time on Thursday features music stars across the globe, including Grammy Award nominee, Burna Boy.

Wizkid has been a vocal participant in protests against police brutality in Nigeria. Nigerian news site Pulse says this has also been reflected in the album’s artwork:

“It seems to have changed from one that appreciates landmarks and the beauty of Lagos to one that has grown weary of the struggles in Lagos and the larger Nigeria. Especially after recent happenings in Lagos. Props for creativity.”

Fans are sharing their excitement on social media with over 24.8K Tweets  (at the time of this report)about the album which drops later today:

“I’ve been waiting for this day since 2018! God Bless #wizkid #MadeinLagos,” @1Mally_tweeted
“#MadeinLagos is a win for you if you’ve ever been told there’s a limit to how far you go. A win for those who believe their global greatness is unstoppable, against all man-made odds. Tonight, Come with a heart full of love, mind free of hate to feast with #wizkid from 11:11 pm,” says @WizkidtheLegend.
Another user, @Oye440 also tweeted saying, “The support we Nigerians Give to wizkid Is incredible, unreal! The only artist in Nigeria with no hate! He can diss everybody anyhow he Still be loved. made in Lagos trending #1 in Nigeria..the best talent this Generation seen no cap #MadeinLagos #wizkid.”
@desire_blessyn still can’t believe that the much-anticipated album drops tonight, she said,  “This still feels like a dream Tonight the Biggest Album In The World Drops!!!”
@itts_israel also commented, saying, “I know once #MadeinLagos drops, there will be tweets like “I miss the old WIZ” and shit. Trust me I don’t care. Ain’t replying no negative tweets about #Mil cos I’ll be busy eating and digesting the album.”

You just shattered all the childhood memories you gave us, Davido tells Desmond Elliot