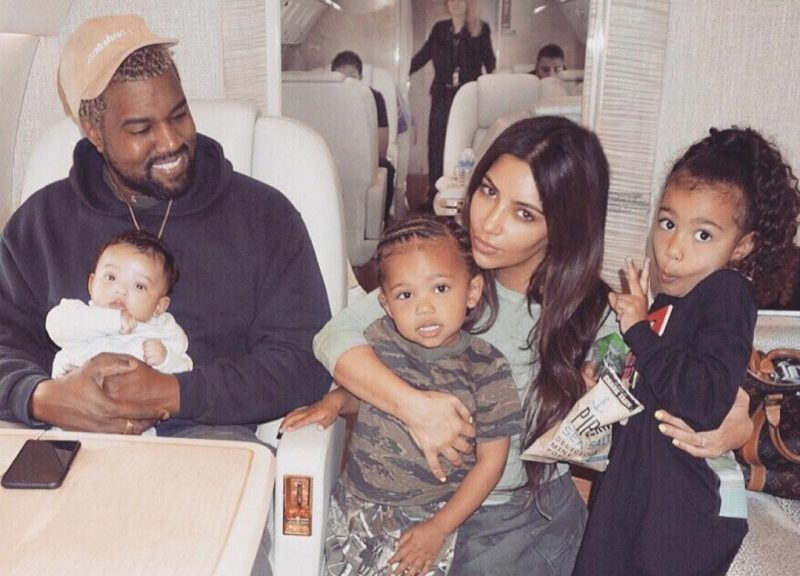 WUZUPNIGERIA reported about a month ago that Kim, amidst tears, was seen telling her sister, Kendall Jenner, in the mid-season trailer for Keeping Up With The Kardashians, that she ‘feels like a loser’ over her never-ending marriage troubles.

However, Kanye West turns 44 today and Kim shared an old photo on Instagram she took with him and three of their kids.

She wrote in the caption: “Happy birthday.  Love you for life.” 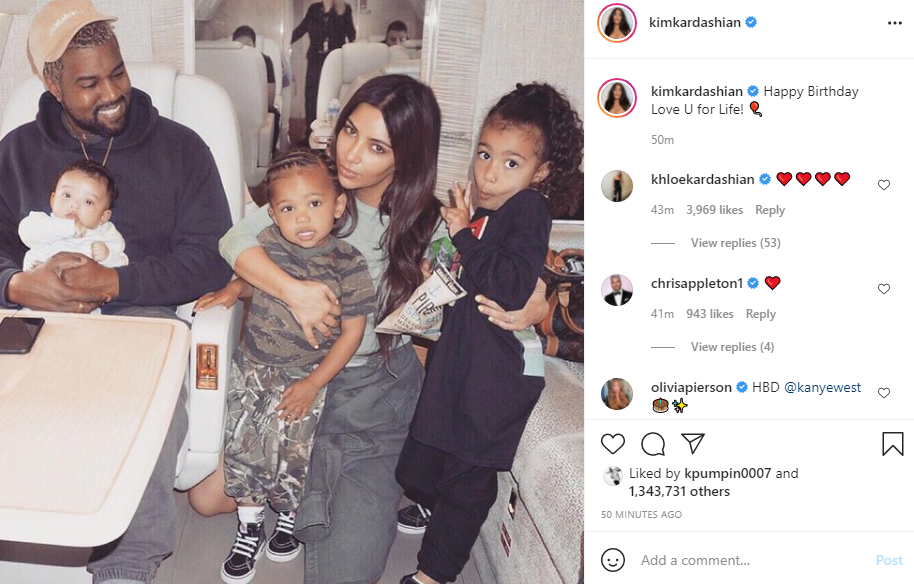 Kim and Kanye got married in 2014 and have four children – North, Saint, Chicago, and Psalm West – together.

The duo filed for divorce in February this year after 6 years of marriage.