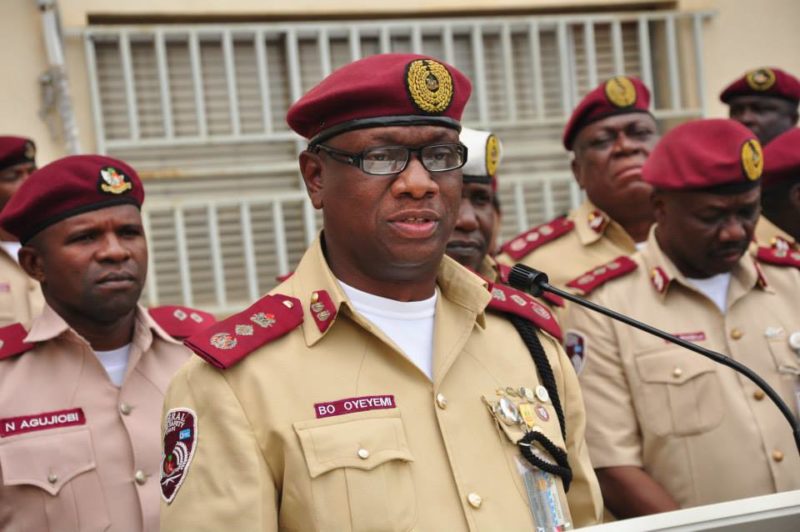 In a statement by the Corps Public Education Officer (CPEO), Asst. Corps Marshal, Bisi Kazeem on Wednesday in Abuja, Oyeyemi expressed deepest condolences to the relations of the dead victims.

The federal road safety corps boss also sympathised with those that lost their property in the inferno.

Not less than 23 people, including seven school children, died in the fuel tanker fire which occurred in the area in the early hours of Wednesday.

The accident occurred when an Abuja-bound fuel tanker had a brake failure, fell down at a spot close to GT Plaza and spilt its content on the road which immediately ignited the fire.

The fire engulfed the entire spot and extended to other areas, including a major bus stop where school children, workers and other commuters were waiting to board vehicles to various destinations.

The FRSC boss, however, said the corps would sustain preventive measures to avoid road incidents.

Oyeyemi said that the corps would increase its mobilisation of stakeholders, including sustenance of recertification and training of tanker driver to prevent future recurrence. (NAN)