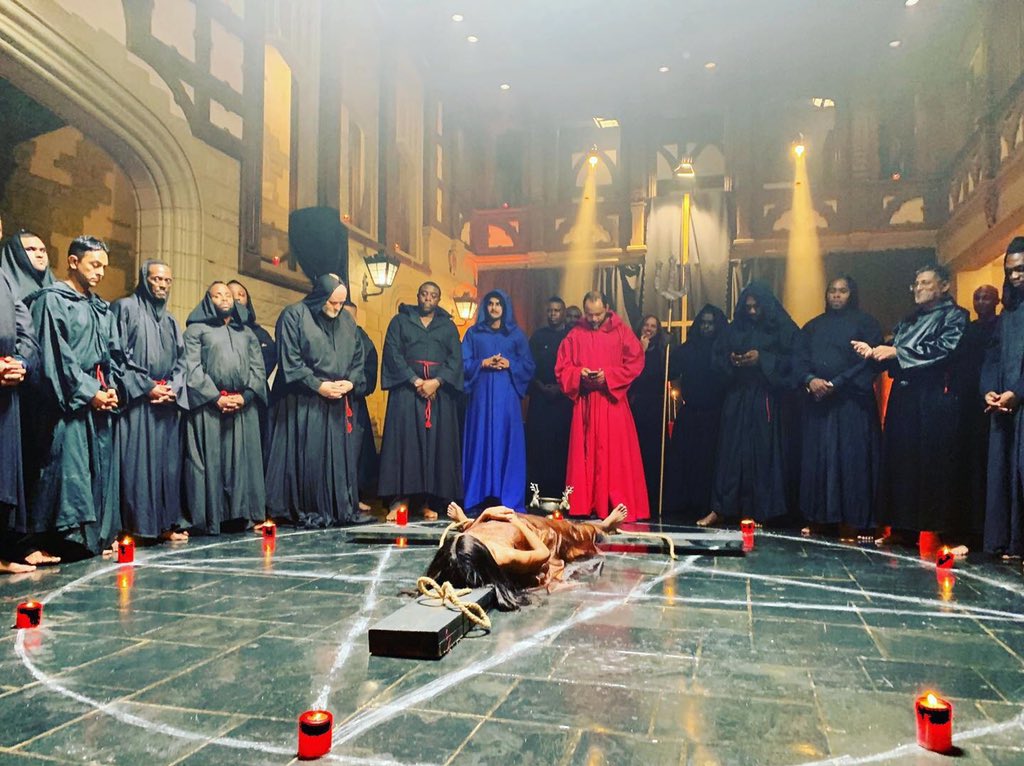 Movie fans on social media have continued to express excitement over the trailer for the remake of 1992 Nollywood classic, ‘Living in Bondage’.

News Agency of Nigeria reports that the epic film was pivotal to birthing modern-day Nollywood. The two-part drama was directed by Chris Rapu, and produced by Kenneth Nnebue and Okechukwu Ogunjiofor.

The film, which began the ‘occultic theme’ that dominated Nollywood in the 1990s, starred Kenneth Okonkwo, Ngozi Nwosu and Kanayo O. Kanayo in their breakout roles.

NAN reports that fans have continued to praise the trailer for the remake, which also stars Kanayo O. Kanayo and Kenneth Okonkwo, and has since gone viral on social media.

“They better be speaking proper Ibo and they better put it on Netflix because I can feel it in my bones.”

“It’s not only Kanayo o, the full Nollywood ritualist squad is there. I love the trailer. See the look on Ramsey Noah’s face during his rejectee initiation.”

“I hate unnecessary sequels but I’m actually hyped to see this. One of the first Nigerian movies I ever saw.”

“I like the occult setting, it’s more sophisticated than what we’re used to in Nollywood.”

“If my Dad sees this ehh …. the joy it will bring. I just hope they don’t mess it up with a twist.”

NAN reports that the remake, ‘Living In Bondage: Breaking Free’, is Ramsey Noauh’s directorial debut and was created by Play Network Africa in conjunction with Native Filmworks.

The movie is co-produced by award-winning producer, Steve Gukas, Dotun Olakurin and Charles Okpaleke. It also stars Nancy Isime, Munachi Abii among others, the movie is due for release nationwide on November 2019.

It was written by Nicole Asinugo and C.J. Obasi and has an original score produced by Larry Gaaga that features A-list Afro beat artistes.

Did you watch #Livinginbondage back in the days? We are so excited to release the first teaser of Living in Bondage sequel. It is set to hit the cinemas from November 8th! You don’t want to miss this💃
.
.#Livinginbondagesequel #Nollywood #Nollywoodmovies pic.twitter.com/z1zggjXamp

Naira Marley makes Nollywood debut in ‘The Enemy I Know’