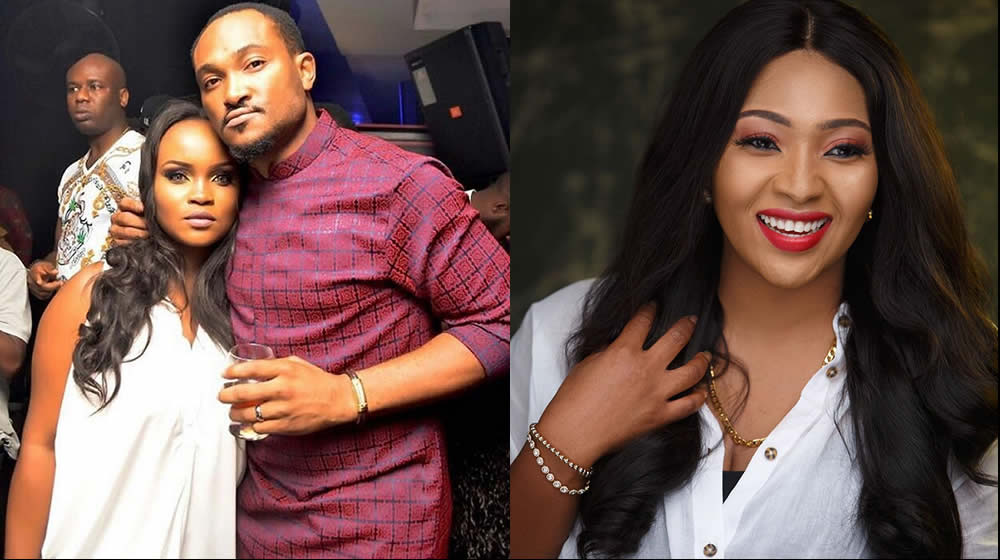 Nollywood actress and Ubi Franklin’s ex-wife, Lilian Esoro, has laughed off viral reports that she is pregnant for actor Blossom Chukwujekwu in the wake of the latter’s marital crises with wife, Maureen Esisi.

It is whispered that Blossom and his ex-girlfriend, Lilian Esoro, have gotten back together and the actress is pregnant for him

However, the mother of one said she has not spoken to Blossom since their last movie, Stella Dimokokorkus, reports.

“Jesus Christ, is that how one gets pregnant? I am really shocked…Please leave me out of this story, I am not involved…Whoever involved me in this story must be joking. I am not pregnant for anyone, maybe it’s another Lilian. Blossom is not staying with me,” Lilian said.

WuzupNaija gathered that Blossom Chukwujekwu moved out of his matrimonial home recently because the union has not been blessed with any child.

Blossom Chukwujekwu and Maureen Esisi got married in 2016 and the pair have never shied away from professing their love on the internet.

Though the couple has neither debunked nor confirmed their marriage crises, an exclusive report from SDM reads in part;

“According to confirmed insider whispering, The Couple had problems conceiving and just when Family decided to help them out with IVF,he moved out……
It is whispered that their inability to conceive was not because they had problems but because ‘When she is ovulating he moves out until Ovulation has passed and then he returns”