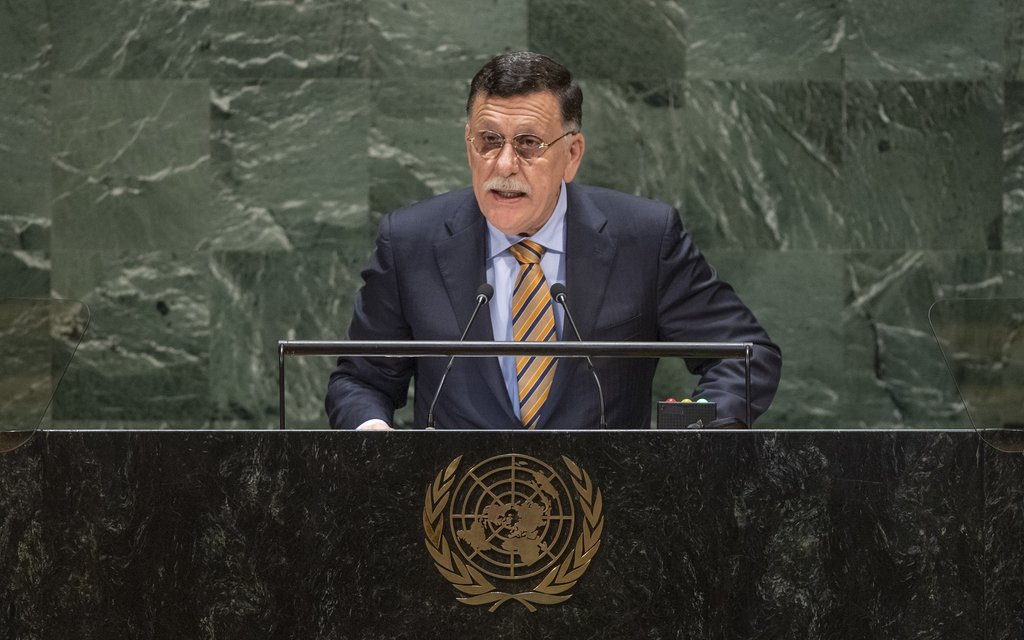 Fayez al-Serraj, the prime minister of Libya’s internationally recognized government, said on Wednesday he intended to hand over power by the end of October.

Al-Serraj, the head of the UN-recognised Government of National Accord (GNA), said this in a televised speech.

“I declare my sincere intention to hand over the tasks of power to the coming executive authority in time no later than October,” al-Serraj said.

He added that the political and social situation in Libya was in a state of severe polarisation, making all attempts to reach a political settlement to prevent bloodshed difficult.

The premier acknowledged that recent UN-sponsored consultations between Libyan rivals have led to a new preparatory phase to unify state institutions and to pave the way for parliamentary and presidential elections.

Al-Serraj is the head of the Tripoli-based Presidency Council, established by a UN-brokered political agreement signed in December 2015.

The council presides over a government in Tripoli, with al-Serraj serving as prime minister.

Libya has been in turmoil since the 2011 overthrow of dictator Moamer Gaddafi and has become a battleground for rival proxy forces.

The oil-rich country has two competing administrations: the GNA in Tripoli and a government based in the eastern city of Tobruk, which is allied with commander Khalifa Haftar.

Haftar has been laying siege to Tripoli in a bid to seize it from the GNA since April 2019.

In the capital Tripoli, hundreds of demonstrators on Sunday gathered outside the headquarters of the Presidential Council, denouncing a lack of basic services and calling for long-delayed elections to be held in the North African country.

Also, protests in the country’s east, controlled by Haftar, prompted the government led by Abdullah al-Thanni to offer its resignation on Sunday.

Ex-head of world athletics Diack sent to jail for corruption