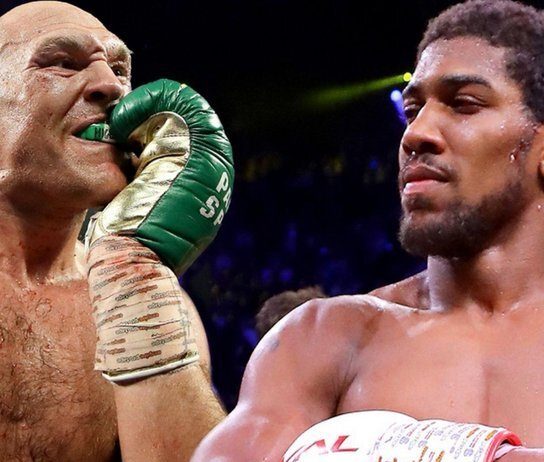 Sky Sports reported that the duo are set to clash in Saudi Arabia on August 7 or 14, but Joshua’s promoter Eddie Hearn has been left ‘frustrated’ over failure to finalise the deal with Fury’s team.

However, Fury has been about the talk and rants on social media, vowing to knock out the WBA, IBF, WBO, and IBO titles holder in two/three rounds or quit the match if AJ survives beyond three rounds.

In a recent ‘sit down’ with Hearn, Fury had described how he intends to eliminate his prized rival, Joshua, noting that he is not interested in anything else.

“I’m a fvcking Spartan. I don’t care about money, fame, glory, belt, undisputed, being remembered… I care about knocking motherfvckers out.

Reacting in a recent tweet on his verified Twitter handle, Joshua advised the WBC and Ring magazine titles holder to talk less as Fury’s UK promoter, Frank Warren, suggested that a deal will not be signed until he is guaranteed the fight purse.

However, Sky Sports added that Hearn claimed he is ‘comfortable’ about the funds available after staging Joshua’s rematch win over Andy Ruiz Jr in Saudi Arabia in December 2019.

Hearn then echoed AJ’s frustration in a recent chat with Sky Sports News by saying: “I saw the tweets from AJ. He’s tired, the fans are tired, and everyone is tired. We’re in a stage where people are getting frustrated. The deal is done.

“Now we’re on the finer details of the contract, which came back last Friday. It went back last night. They are on calls now in the office about it, and I think at some point people are going to have to take a little bit of a leap of faith in this deal.

“There’s no reason why it shouldn’t happen this week. This is kind of like the moment where you could actually turn around at this point and say, ‘This is dragging on too long, or I can’t be dealing with this anymore.’

“But we have to nail this, and I’m not going to stop until I nail it, and everyone has just got to move forward collectively.

“We’re ready to go from our side. We’re not far away from their side and it is inevitable, but at the same time, we’ve got to close the door on it.”

Fury has been inactive since he stopped Deontay Wilder to claim the WBC title last February, while Joshua is also eager to return to action after defending his WBA, IBF and WBO belts with a knockout win over Kubrat Pulev in December.

Parker disappointed as Aina, three other Nigerians relegate with Fulham