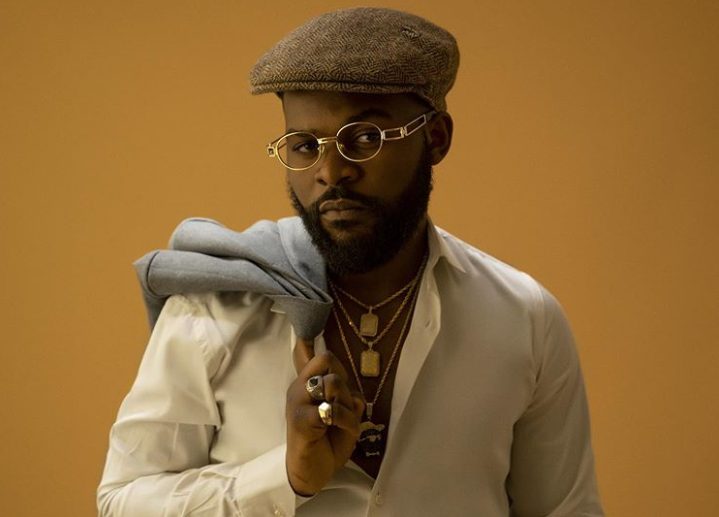 Nigerian rapper, songwriter and actor, Falz, has lambasted the Federal government over the arrest of popular comedian, Debo Adebayo, better known as Mr. Macaroni, and other protesters at the Lekki Tollgate in Lagos State.

Recall that the Lekki Tollgate is the scene of the alleged shooting and killing of peaceful protesters by the Nigerian army during the #EndSARS protests that rocked the nation in October 2020.

Youths, on Saturday, again converged on the Lekki Tollgate in a demonstration against the approval of a Lagos panel reopening the tollgate after about four months of investigating the shootings.

The Nigerian government and the police had earlier warned youths to have a rethink and shelve the protest.

On Saturday, the police arrested no fewer than 19 protesters, including Mr Macaroni, Juwon Sanya-Olu and one Comrade Dimeji.

Falz, whose real name is Folarin Falana, described the arrest as a shameful behaviour and oppression of Nigerians.

According to him, the Nigerian government had shown they don’t want peace by using threat on citizens.

“What is this shameful behaviour? Are these people insane? Citizens are peacefully protesting and you are arresting.

“How is this supposed to solve the problems that they have already caused?

“Macaroni has been picked up, the Nigerian government basically saying they do not want peace ohI am tired of just coping. I am tired of just managing. This is a fu*king shithole we are living in and we simply cannot continue like this.

“They are using this threat of force and violence because they expect that we would naturally fear for our lives, but the life we dey live no kuku get meaning before.”

#LekkiTollGate: what is our offense?, Toke Makinwa, Omojuwa, others react to arrest of protesters