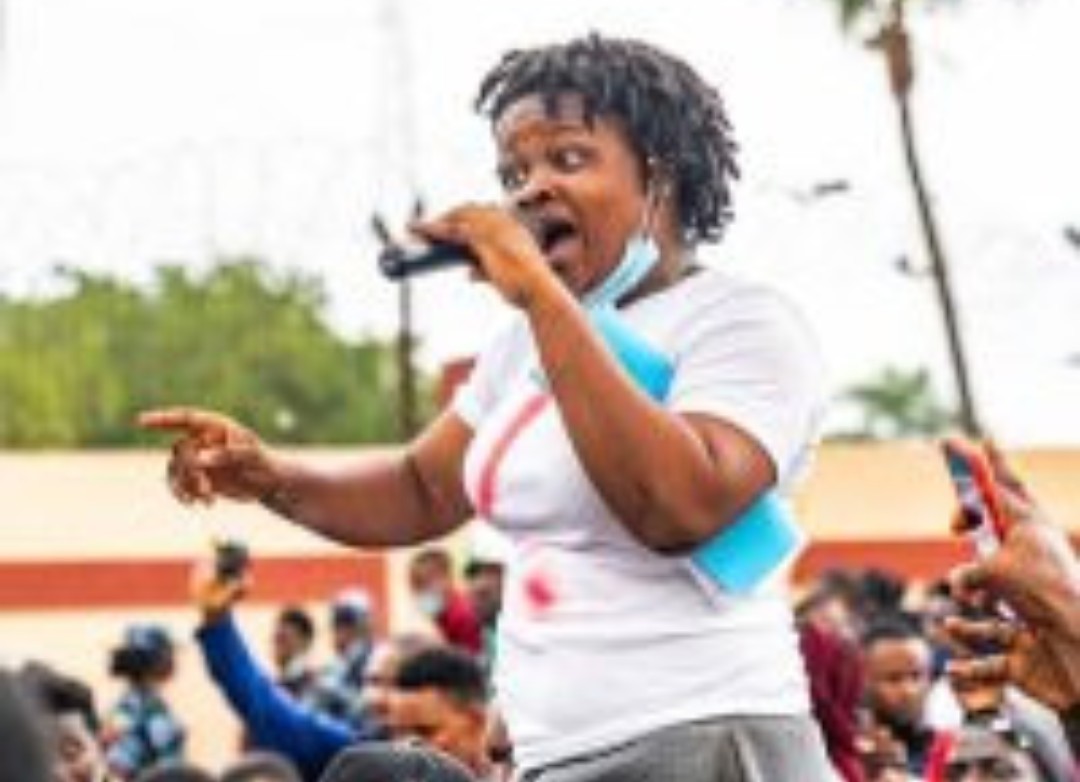 Popular #EndSARS campaigner, Rinu Oduola, has stepped down from the Lagos State Judicial Panel of Inquiry investigating the alleged shooting of #EndSARS protesters by soldiers at the Lekki toll gate in October 2020.

Oduola’s stepping down, hours to the scheduled #OccupyLekkiTollGate protest, came after the panel approved the reopening of the Lekki Tollgate.

According to Oduala, who is a youth representative on the Lagos State Judicial Panel of Inquiry, “justice has not been served” and as such, she refuses to “be part of a cover-up”.

In a lengthy post on her Twitter handle on Friday, Oduola further alleged that “the government is only out to use us for performative actions.”

She also lamented the reopening of the toll gate “without a final panel report or actionable steps”.

“My stand on the reopening of the toll gate is clear; the state govt & the private organisation operating the toll have not been cleared of collusion with elements allegedly deployed by the federal govt to target citizens on home soil during a time of peace, without provocation.

Justice has not been served, and as a representative of the Nigerian citizenry, my only recourse is to stay the course of justice.

What I will not do is be part of a cover-up. I am proud that I took the invitation because some of the successes the panel has recorded so far have been incredibly powerful for the people.

I will be stepping down from the Lagos Judicial Panel as it is now obvious that the government is only out to use us for performative actions.

When calls for justice are subsumed by commercial concerns and vested interests, it calls into question the legitimacy and integrity of the entire affair & the impartiality of the proceedings.

Without a final panel report or actionable steps, we are returning to the status quo.

I might be one woman, but there is so much I can do, outside of this cycle of hand wringing and lies, and I refuse to be manipulated into gaslighting the people and attaching my name to a rubberstamped and foregone conclusion.

I have held the govt accountable even my life is threatened, & will continue to do so. There are trolls at every level that must be countered with facts and victims that are affected by the actions of this govt, even if they don’t have the words to articulate their suffering.

Some have lost their loved ones, many permanently disabled for life due to torture or bullet effects while others forever scarred from encounters with the Nigerian law enforcement agencies who are supposed to protect us.

I hope to spend the next few months reconnecting with these people, documenting their stories, and empowering the children and family of the deceased SARS victims who are not alive to fulfil their dreams.”