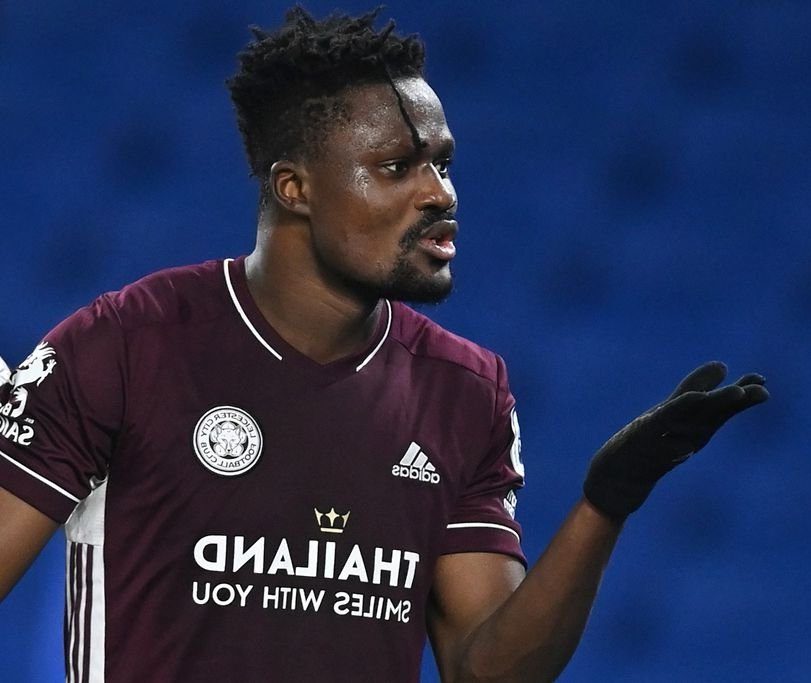 Leicester City and Ghanaian defender, Daniel Amartey, has been allegedly subjected to racial abuses on social media after the Foxes defeated Chelsea to clinch their first-ever FA Cup title on Saturday.
Amartey incurred the wrath of some fans after being caught in a viral video throwing Chelsea’s pennant over his shoulder onto the floor in a dressing room celebration of his team’s FA Cup triumph.

“What Daniel Amartey did with our flag in the Leicester dressing room was beyond disrespectful & needless,” a Chelsea fan @AlexGoldberg_ noted.

Another fan, @julietbawuah, added, “Either Amartey or Leicester should be releasing a statement on his behalf to apologize. Reactions so far not favourable.”

While the Ghanaian’s action has been described as a needless act of disrespect by some fans, Sky Sports reported that the 26-year-old received a number of abusive messages on Twitter, some of which were racial.

For those who haven’t seen it yet… pic.twitter.com/gIPhcOasQM

Further reports revealed that the trolls made reference to the death of former Leicester owner, Vichai Srivaddhanaprabha, who was killed in a helicopter crash in October 2018.

At the time of this report, Leicester City and the Premier League are yet to make an official statement concerning the matter.

However, Sky Sports quoted an unidentified spokesman of Twitter who said: “There is no room for racist abuse on Twitter and we are resolute in our commitment to ensure the football conversation on our service is safe for fans, players and everyone involved in the game.

“When we identify accounts that violate any of the Twitter Rules, we take enforcement action.

“We have proactively engaged and continue to collaborate with our valued partners in football to identify ways to tackle this issue collectively and will continue to play our part in curbing this unacceptable behaviour – both online and offline.”