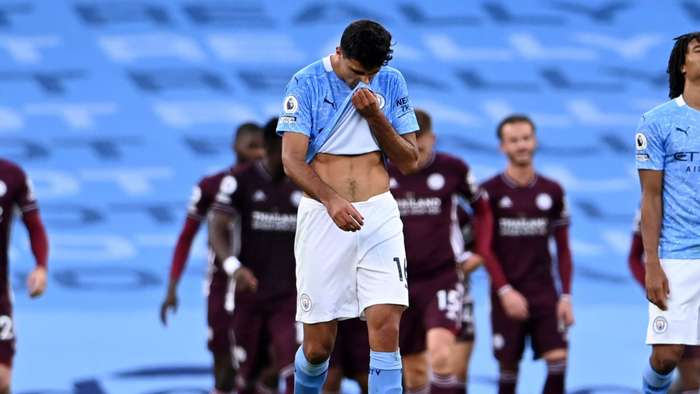 Manchester City midfielder Rodri says Leicester were “lucky” and “did nothing” after they lost 5-2 to the Midlands club in the Premier League on Sunday.

City had 16 shots in a match where they dominated possession, but a Jamie Vardy hat-trick, a fine James Maddison strike and a Youri Tielemans penalty ensured last season’s Premier League runners-up were thrashed at the Etihad Stadium.

Nevertheless, the 24-year-old Spain international refuses to believe 2016 league champions Leicester should have won the game.

“For me, they were lucky, football has not been fair to us,” he told BBC Radio 5 Live post-match.

“Maybe it is our fault, maybe it is their strength – but it is very difficult to explain.

“We did a lot of good things to win the game. A team like Leicester comes here and plays with 11 guys behind the ball.

“I am young and try to learn every game, but games like this – where the opposition do nothing – you are a bit confused. It’s not the way I like to play.”

City next travel to Burnley in the Carabao Cup last 16 on Wednesday night. [Euro Sports]