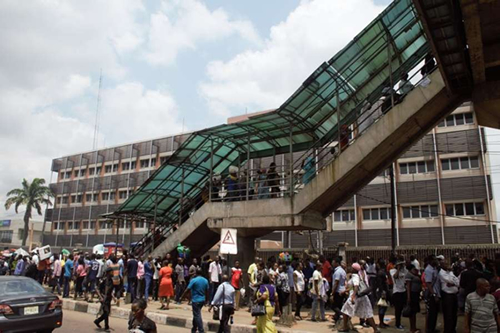 The House of Representatives has asked the Federal Road Safety Corps to embark on a rigorous public enlightenment campaign on the need for Nigerians to always use pedestrian bridges on the highways.

The House also urged the FRSC to liaise with other safety and security agencies to arrest and sanction persons who cross the highway at locations where pedestrian bridges are provided.

This was based on a motion moved by Abbas Adigun at the plenary on Thursday, titled ‘Need to Enforce the Use of Pedestrian Bridges on Highways in Nigeria.’

Moving the motion, Adigun noted that pedestrian bridges are usually constructed at strategic points along highways to reduce fatalities on such highways. He also stated that the importance of pedestrian bridges cannot be over-emphasised as it is known all over the world to have greatly reduced the rate of accidents on highways.

The lawmaker also decried “the dangerous attitude” of some pedestrians who ignore the bridges located on such busy highways and continue taking the risk of crossing them.

Adigun said, “The House is concerned that some Nigerians, mostly pedestrians, view the bridges as aesthetic structures and locations for buying and selling rather than means of ensuring their safety.

“The House is worried that the huge amount of money invested in the construction of the pedestrian bridges appears to be a waste as bridges are hardly used by pedestrians.

“The House is also worried that the defaulters are not ignorant of the essence of the bridges but the absence of visible enforcement agents to punish them for crossing the highway even where the pedestrian bridges are available.

“The House realises that unless conscious efforts are made to enforce traffic rules regarding the use of pedestrian bridges, the purpose for which they were constructed will be defeated.”

Related Topics:Pedestrian bridge
Up Next