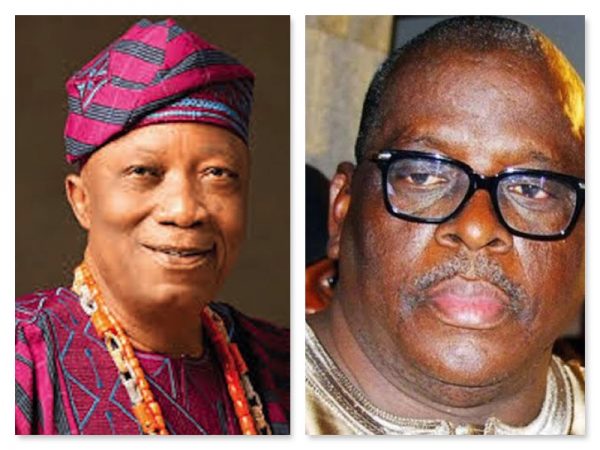 This is coming days after the late controversial senator died of Coronavirus while receiving treatment at the First Cardiology hospital.

According to reports, the late Senator was found to have underlying chronic conditions such as diabetes, heart and lung diseases and high blood pressure that were fast weakening his immune system before he gave up.

In the video which had gone viral, the late Senator and controversial politician can be heard begging the father of Ladi Adebutu, an aspirant under the Peoples Democratic Party in 2019 Ogun state guber election, Chief Adebutu Kessignton during a phone conversation between the duo.

Appealing to the father of the PDP Ogun guber aspirant in 2019, Late Senator Kashamu repeatedly mentioned the name of another top socialite simply identified as Segun.

Late Senator Kashamu revealed that he called Segun after he returned from Ghana and gave him a document to hand over to him and also told him that he is ready to follow and submit to you (Kessignton) as a leader but Segun declined.

The late Ogun politician also revealed that when he started legal battle with Betnaija, a popular sports betting scheme, it was Segun who requested him to start the fight so that it will not spoil Chief Kessington’s pool business but he was later disappointed by Segun and the people he supported.

When Chief Kessington interrupted that Kashamu waged war against him, late Senator Buruji Kashamu said he did all that because he does not want government to lie against him.

While affirming that he (Late Senator Kashamu) can not wage war against Chief Kessington, he stated that he will not fight him on lotto-business again and he will accept any percentage given to him.

When asked to withdraw his court cases to prove his sincerity, Late Senator Kashamu promised to discuss it with one Segun and seek withdrawal of the cases.