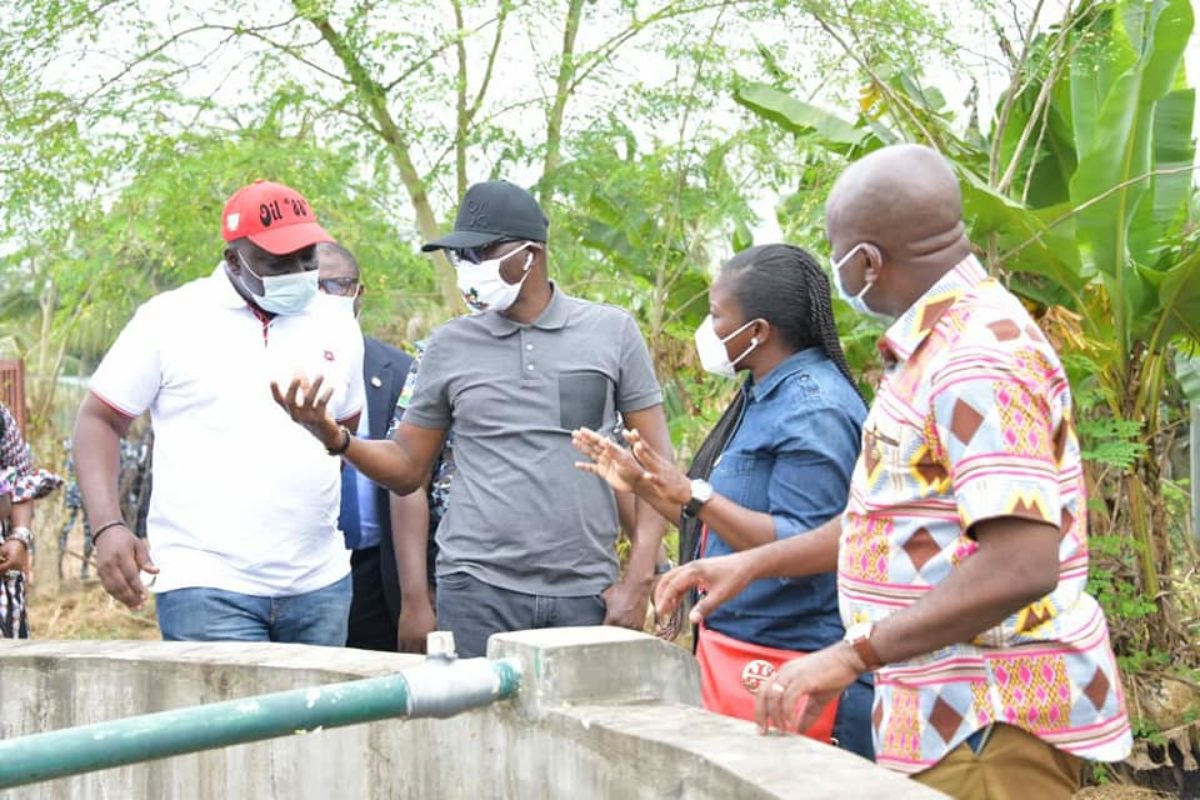 The Lagos State Government (LASG) on Thursday donated cash to victims of rainstorms that destroyed many houses in three communities in the Badagry Local Government Area of the state.

Gov. Babajide Sanwo-Olu, while distributing the money, ranging from N250,000 to N400,000 to some of the victims, said that the money would be given in two segments due to COVID-19 protocols.

The Newsmen reports that the three communities affected by the rainstorm were: Iragbo, Iragbo-Igboiji, and Kenu, in Badagry Local Government area.

Newsmen also report that on May 26, rainstorm destroyed more than 30 houses, including schools, and rendered many homeless in the three communities.

MORE READING!  It's your portion to die, Clergyman tells Christians

Sanwo-Olu, represented by Mr. Solomon Bonu, his Special Adviser on Tourism, Arts and Culture, said that the remaining victims would be paid on Aug. 20 at the same venue.

The governor said aside from the cash donation, he was hopeful that the National Emergency Management Agency (NEMA) would provide other palliatives to the victims.

“I want to assure my people affected by the rainstorm that everybody will be taken care of,” he said.

Sanwo-Olu urged the affected people to make good use of the donations to rebuild their houses.

Also, Mr. David Setonji, the lawmaker representing Badagry 11 Constituency in the Lagos State House of Assembly, said he was sad when the incident occurred, but now happy due to response from the state government.

In his remarks, Mr. Ibrahim Layode, the lawmaker representing Badagry Constituency 1 in the state assembly, urged the residents to always build their houses with quality materials.

According to Layode, most of the buildings that were constructed with substandard materials were the ones destroyed by the rainstorm.

Also, Mr. Suru Avoseh, a Commissioner in the State Civil Service Commission, commended the state government for listening to the cries of people affected by the storm.

Avoseh said that the gesture was first of its kind to be given to his people since the destruction of houses by rainstorms in the past.

He urged the residents to be law-abiding in order to continue to enjoy the dividends of democracy.

Board decries increase in maternal, newborn mortality in Plateau