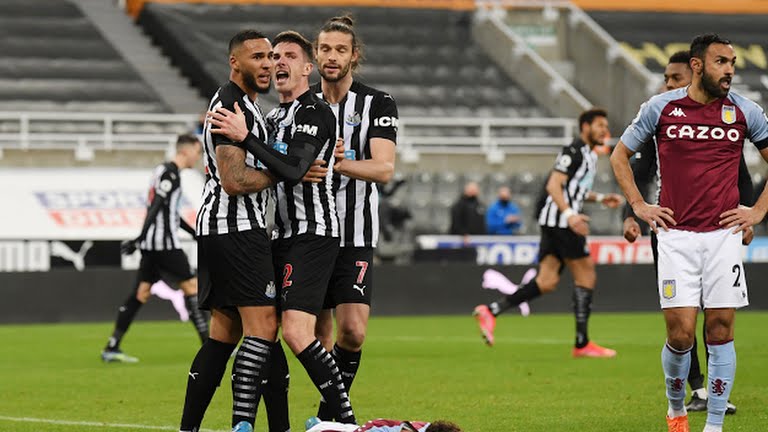 Newcastle United held Aston Villa to a dramatic 1-1 draw in an encounter that saw two late goals at the St James’ Park.

Relegation-threatened Newcastle needed all three points to go four points above the drop zone but had to settle for a draw, thanks to captain Jamaal Lascelles’ equaliser at the death.

Both teams produced an end-to-end exchange but lacked the quality to find the back of the net for over an hour, following a goalless first half.

Dean Smith’s men had edged Steve Bruce’s men on shots on target with six out of a total of 15 and three out of 12, respectively.

The visitors eventually broke the deadlock with four minutes left to the end of the regular 90 minutes when an Ollie Watkins’ header deflected off Ciaran Clark into the Newcastle goal, leaving Martin  Dúbravka without a chance to save the ball.

Both sides missed a chance to either equalise or increase the tally afterwards but their defences rose to the occasion.

A late drama came with seconds to the end of the four minutes added time when Villa’s keeper, Emiliano Martínez, failed to stop Lascelles’ powerful header that ended up in the net.

The draw leaves the hosts 16th on the table with two points clear of the drop zone, while the Villans settled for ninth place as they failed to go level with 8th placed Liverpool.