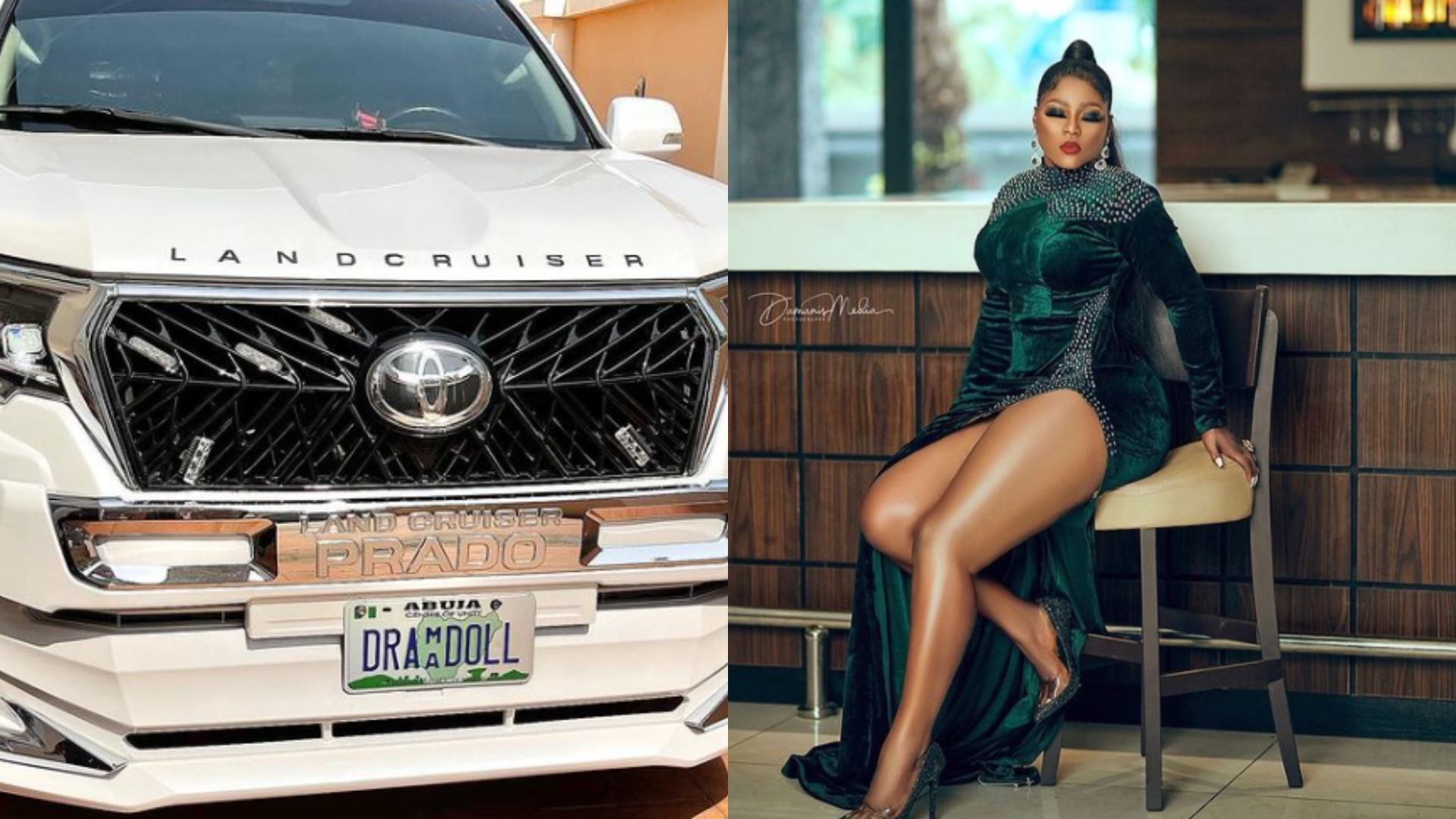 Nollywood actress Destiny Etiko has continued to insist that she bought her Prado SUV with her hard-earned money.

During a live video session on Instagram on Monday evening, February 8, the actress said she has always been a fan of Land Cruiser Prado and therefore she bought it.

Recall that Destiny Etiko’s new whip caused a stir online as it was said that the car was gifted to her by a popular married oil businessman, Jack-Rich.

She further warned people to stop spewing nonsense as she has never met Jack-Rich and wouldn’t like his name to be soiled.

“It’s a car I bought. I did not kill somebody. I bought what I love. I love landcruiser Prado. I bought it with my money. Yes! I work hard. I earn money. Google Destiny Etiko, ask of Destiny Etiko. I work o hard. There is never a day I do not work. I work and I earn good money.

“So I love a car, I bought it. It’ nobody’s business. You people should leave an innocent man alone. Someone I have never met.”

“Looking for whose name to spoil. Do you think it’s my name you’ll spoil? You people are promoting my name, you people don’t know. You people are saying nonsense.”

MORE READING!  Student whose noodles got stolen from hostel compensated by manufacturer