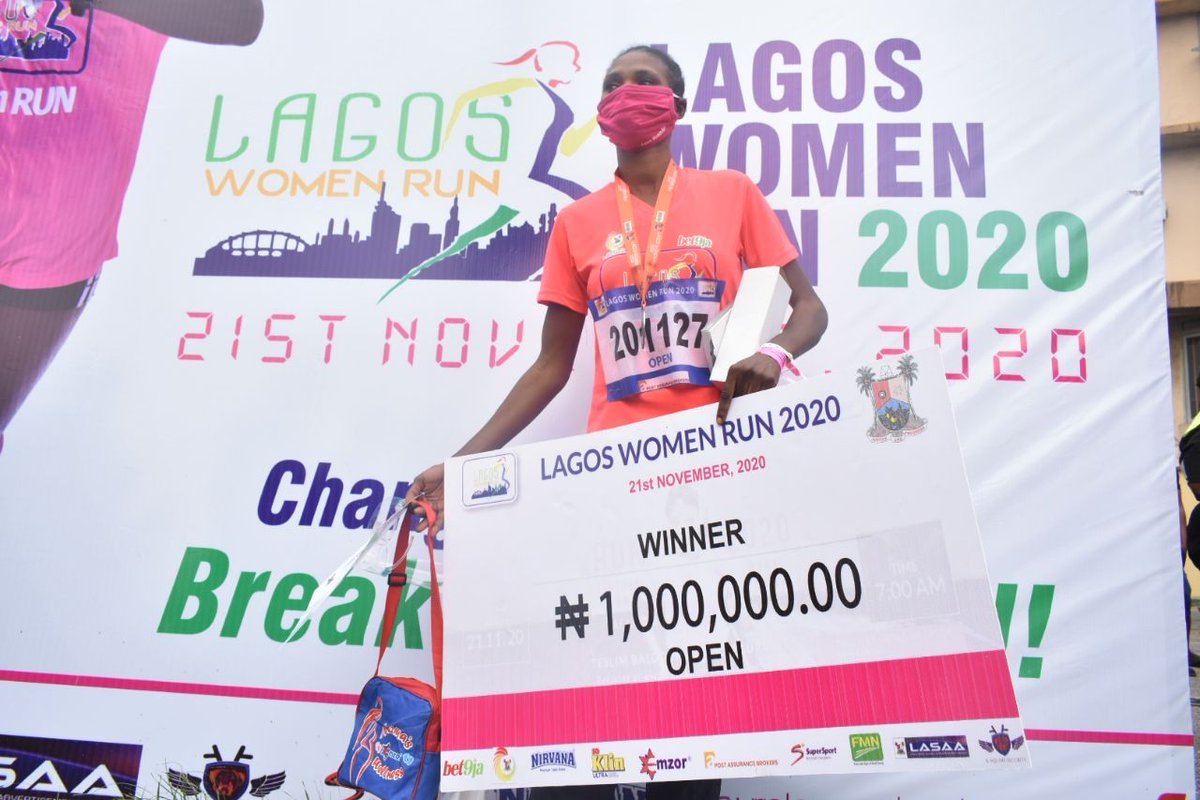 Dalyon got a record cash prize of N1m for the virtual edition of the event, while Haruna received N500,000. David went home with N300,000.

Winners in the Elite Open category were presented their cash prizes by the Lagos State Commissioner for Sports, Segun Dawodu.

The presentation of cash prizes to to the veteran category winners was done by the Chairman, Lagos State Sports Commission, Sola Aiyepeku.

All the COVID-19 protocols approved by the Lagos Government were followed strictly at the event by the race officials.

The athletes were given two disposable facemasks each at the start point at the Tafawa Balewa Square.

The organisers also created cells of six athletes each on a single row, which helped in social distancing before the race commenced.

Related Topics:Lagos Women Run
Up Next