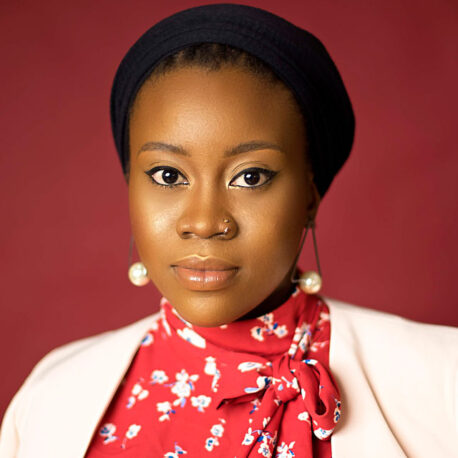 Harzoyka Hotels & Restaurant Lagos has labelled ‘false’, the report by CNN staff, Aisha Salaudeen claiming she was kicked out for lack of a male companion.

Recall that the CNN Africa Features Producer, on Sunday, tweeted that she “got kicked out…because… they have a new policy – no women allowed… I was told that to eat in there I had to be chaperoned by a man,” she said/

In a telephone conversation with our WuzupNigeria, Harzoyka’s director, Engr Joseph Osuntuyi said: “the story is completely false.”

He said, “I’m afraid the story is completely false. We never had a policy disallowing anybody in fact some women are eating now in the restaurant. I was the one who gave the instruction to my security staff that after having so many guests in the restaurant, they should disallow anybody from coming in until some of the ones in the restaurant goes out then they can allow new ones come in, that is if we have many people.”

Osuntuyi said his order was not to intentionally blacklist anybody forms the restaurant but to conform with the guidelines of the Lagos State Government on COVID-19.

“I also told them that they should scatter the seating arrangement to allow for social distance. By doing that, it reduces the number of people that can come and sit down, it’s a very small restaurant.

“So, the lady in question is well known to us, she’s a regular customer, she comes all the time but unfortunately, we have new security outfits her. When I gave the instruction, they did not recognise her, if they recognised her, they would have known that she’s a regular customer and they would have taken her to the manager who will now ask her to sit down until some people finish and she can come and sit down.

“So it was because of the Lagos State Safety Commission regulation that made me decide that they should not allow too many people to come in at a time. She wasn’t the one that was stopped on that day. It was at the main entrance nobody shoved her out. It was at the gate when she was trying to come in that they stopped her like two gentlemen in cars, they told them they couldn’t come in.”

Osuntuyi debunked Salaudeen’s claims that the company has an anti-women policy which denies the female gender entry without a male partner.

MORE READING!  Have all your kids before surgery, Jennifer Obodo warns colleagues

“I don’t understand where this idea came from that only if you’re accompanied by a man. We are only interested in the money you’re bringing in, we are not interested in whether you have a man or you don’t have a man. This is 20th century for God’s sake. Nobody would start stopping somebody for coming in because you don’t have a partner with you. It’s not correct, we would never do such a thing.”

Although he acknowledged that Salaudeen is a respectable and well-known customer of the restaurant, Osuntuyi vowed to get to the root of the matter adding that if he would sack the security staff if he finds out he did anything contrary to the instructions he gave.

“He’s not here yet and if he is I would find out what exactly he said to her because she is a respectful woman, I don’t expect her to concuct a story like that. I agree 100 per cent, she is a decent woman so it’s very unfortunate, what has happened. I will find out from the security staff and if he says anything contrary to the instructions I gave them, I’m going to sack him because it doesn’t make sense at all.”