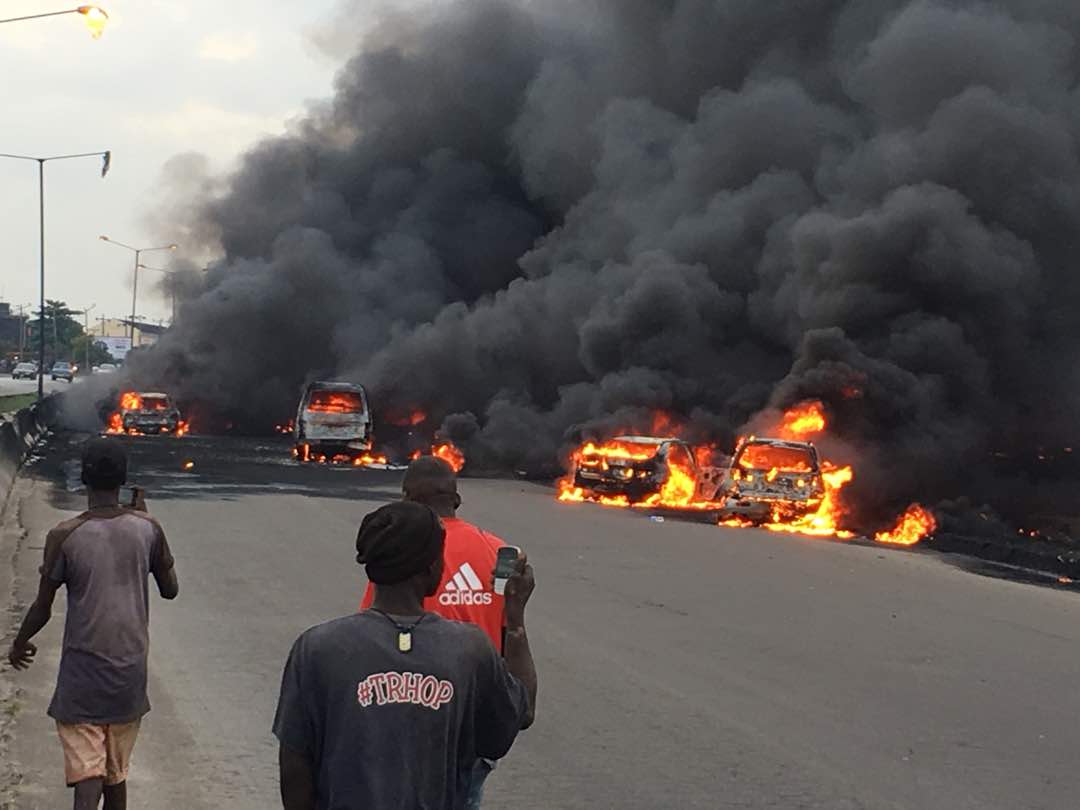 No fewer than 300 fuel tankers crashed in Lagos State in 2020, authorities have said.

The Commissioner for Special Duties and Inter-Governmental Relations, Tayo Bamgbose-Martins, disclosed that between December 2020 till date, the Lagos State Emergency Management Agency (LASEMA) responded to 114 major emergencies, saving lives and properties worth billions of naira.

“LASEMA as the coordinating Agency for emergencies, coordinates and supports all Agencies in all emergency response but also acts as a responder during major incidents that is beyond the capacity of primary responders.

“In 2020, we had over 300 fuel tanker accidents, between December and now LASEMA has responded to 114 major emergencies, saving lives and billions of naira worth of properties. While some were accidental, others could have been avoided with better awareness.”

Bamgbose-Martins lamented that those incidents had not only affected the state as a whole but individual households and businesses, experiencing loss of income, adding that nevertheless, the State had to be prepared to respond quickly to every and any type of emergencies.

He added that LASEMA and its sister agencies had lived up to the expectation that borne their existence, as loss of lives, had been prevented, and the effect of many disasters mitigated with their professional handling of such unfortunate events.

“This simulation exercise, the first this year, is to further prepare our agencies for better disaster management and also show the level of preparedness of our agencies, stimulating our responders for any event that will need their expertise.

Bamgbose Martins, stressed, “the lives and property of all resident are dear to this administration, it, therefore, becomes imperative that our agencies get all the support they require in the dispensation of their duties.

“In the course of mitigating disasters for the state, our agencies have done well. They have been effective and have also collaborated with other agencies at both the Federal and State levels, saving lives and property. I commend our first responders for this initiative and I daresay that this is very crucial at this point in time in our state.

“Benjamin Franklin said and I quote “A failure to plan is a plan for failure”. In other words, the better prepared you are for an emergency, the more focused and effective the response will be.” Oke-Osanyintolu. said the simulation exercise was meant to test the capability of the agency to respond to a simulated emergency in a disaster or crisis situation.

“Managing emergencies is reliant on effective coordination and efficient operations of all phases of emergency/disaster cycles which LASEMA has been able to achieve with appropriate response time, despite all hindrances of a metropolitan and cosmopolitan city like Lagos, in line with global best practice.

The tactical exercises, Oke-Osanyintiolu explained, entailed drills and simulations, including awareness and public education with a view to ensuring better operational performance at the scene of incidence due to adequate preparation through routine and cyclical training. The exercise saw rescue simulations conducted on victims of multiple accidents with first aid treatment being applied.