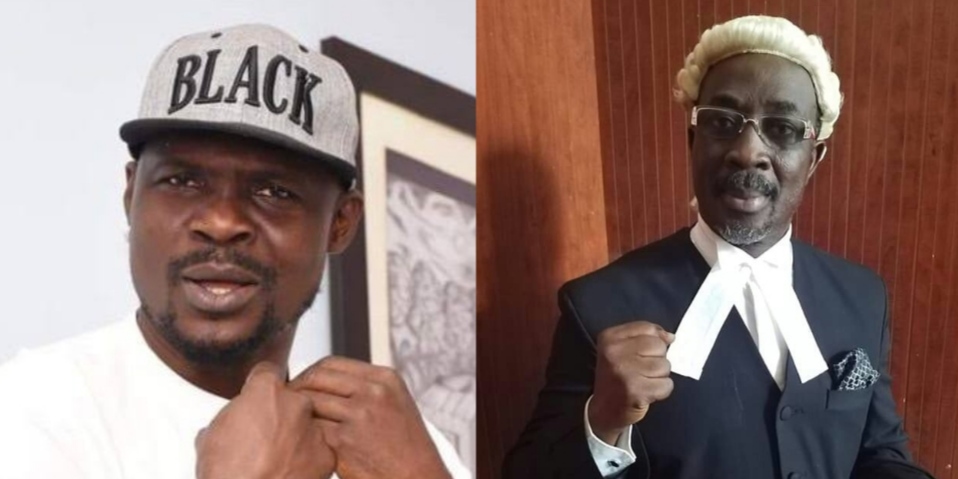 Adesina Ogunlana, the legal counsel to embattled Nollywood comedian, Olanrewaju James popularly known as Baba Ijesha, has alleged that the police demanded N500,000 as part of the bail condition before the actor can be released.

Ogunlana who stated this in an interview with The PUNCH on Thursday added that two people have already agreed to stand as sureties for the actor.

In a Facebook video, Ogunlana accused the police of monetising bail.

Recall that WUZUPNIGERIA had earlier reported that the thespian was granted bail by a magistrate on Monday despite the ongoing strike by judiciary workers.

“There has been a lot of intervention in this matter. When the news of his being granted bail was broken, a lot of Nigerians reacted with joy and excitement.

“The gentleman is innocent of all the charges, he was unjustly detained in excess of time.

“The problem is not with the judiciary. The judiciary has been proactive, in spite of the JUSUN strike, the judiciary decided to move to where the victims are.

“I said it was what I saw. She said that I have to work with a particular lawyer. And I queried that. I cannot plead for what is the right of our client. They termed that confrontational.

“I asked Ijesha where are your people? He said his phone is with the senior officer and he could not reach them. I demanded the phone and another drama began. She insisted that a particular lawyer must represent Baba Ijesha.

“I told her that it is not acceptable. She did not allow us to access anything and I left around 1 pm.

“Later, when my team got to the police officers’ office, issues about money came up. They said the bail bond needs to be paid and they had to check Baba Ijesha’s phone to know the amount he has. The police said money has to be paid.

“Meanwhile, the sureties were ready and around. But they insisted that bail has to be paid. I told them this is a bail bond, not physical payment. I challenged the police to refute this.

“How can you be monetising bail? A burden that the magistrate has not imposed. Don’t give the judiciary a bad name. There was no demand for money by the magistrate. She never ordered that money should be paid.”

However, efforts to get a reaction from the Lagos State Police Command on the allegation proved abortive as of the time of filing this report.

According to Ogunlana, a senior police officer in charge of Baba Ijesha’s case preferred to work with a “conservative” lawyer instead of a “radical and confrontational” one like him.

“Baba Ijesha has two sets of lawyers. The first set is the conservative group, and the other one is led by me – we are radical and confrontational.

“They said that our crusade is too strong for them and it is antagonising the police. They said the police have been cooperating since we came into the matter. I don’t know why they will say the police are cooperating despite keeping him in detention for up to a month.

“I had spoken with the colleague that the senior police officer preferred to handle the case. While we were speaking, the issue of someone planning to steal their glory came in. I wondered which glory is being stolen.”