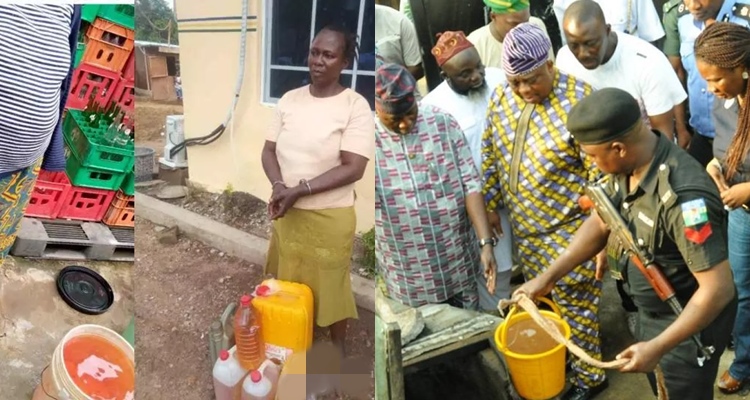 According to reports, the wells are being used to siphon and sell petroleum products from a pipeline belonging to the Nigeria National Petroleum Corporation (NNPC).

Two suspects, identified as Victoria Ogunsomi and Shafe Abayomi, owners of the wells located on No. 2 and 4, Surprise Avenue, Ejigbo, Lagos, were arrested.

It was discovered by a team of operatives that Ogunsomi and Abayomi dug 75-foot wells in their compound, which is located few meters away from the NNPC pipeline, where they connected pipes with submersible pumps into the well to link the pipeline.

Whenever the NNPC is transporting its products along the pipeline, Ogunsomi and Abayomi, whose buildings are located side by side, would put on their pumping machines and syphon the products into jerry cans and tanker trucks.

It was learnt that the suspects, who were alleged to have made millions of naira from the illicit business, ran into trouble when IRT operatives got wind of their activities through intelligence from some residents of the area.

The residents said they were scared of the illicit activities that could lead to fire outbreaks, after the March 15 Abule-Ado explosion.