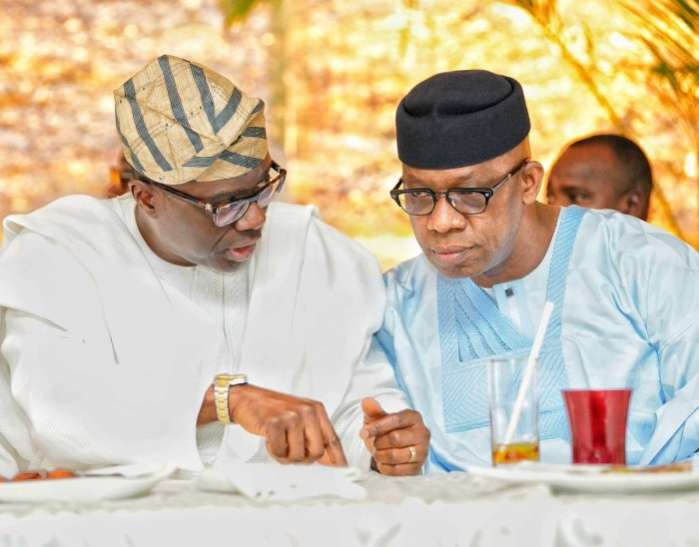 To prevent a possible disruption of law and order by the Indigenous People of Biafra and its Eastern Security Network, the Lagos and Ogun Police Command has been beefed up in different parts of the states.

This comes after threats of a possible attack were received from the agitators for Biafra and the Oodua Republic about a week ago.

Although the leader of IPOB, Nnamdi Kanu and the apex Igbo socio-cultural organisation, Ohanaeze Ndigbo, dispelled the rumour which they described as a means of causing division, crisis and conflict among Ndigbo and their host communities, Lagos State Commissioner of Police, Hakeem Odumosu, said an investigation has already begun into the threat.

Speaking during a security summit chaired by Governor Babajide Sanwo-Olu, he noted that that the command was investigating threats by IPOB to attack soft targets in the state.

The PUNCH also reported that the force refused to disregard the threat and as such has planted undercover police personnel in places hosting critical infrastructure and institutions, as well as areas with a high population of people from the eastern part of the country and motor parks in Lagos.

He said, “I want to assure members of the public that inasmuch as we don’t work on rumours, at the same time we don’t disregard them. When we got the intelligence report, all the stakeholders in the security industry were sensitised.

“Residents, including landlord associations, were also sensitised. Self-security consciousness is the best; if you observe something that is abnormal in a place, you take precaution.

“We have enlightened residents and landlord associations about self-security consciousness. In conjunction with the state Ministry of Education, we also organised a series of lectures, where I had interactive sessions with all the proprietors of public and private schools with boarding facilities.”

“During the summit, many contributions came up and we have empowered our marine police. It is only Ogun State that we share water and land boundaries with. We have moved round to all the borders of Lagos and Ogun states, and we have a synergy with the Ogun State Police Command.”

While his Ogun State counterpart, Edward Ajogun, said the state is yet to receive any intelligence report suggesting any planned attack but cautionary measures have been put in place due to the proximity of Lagos to Ogun State.

“Generally, we have on the ground what I call adequate measures directed towards containing all forms of crimes, and our measures include surveillance in areas we think are vulnerable, including highways, public institutions, buildings and individuals, who are exposed to high risk of security like politicians, private businessmen, schools, farms, banking institutions and other financial institutions.

“We have a security template that is directed towards ensuring adequate security of these areas. On the issue of IPOB, I won’t say I have not heard that information as it is flying around in the social media, it should suffice to say that we have our measures to curtail this kind of crime and we are watching very closely.”