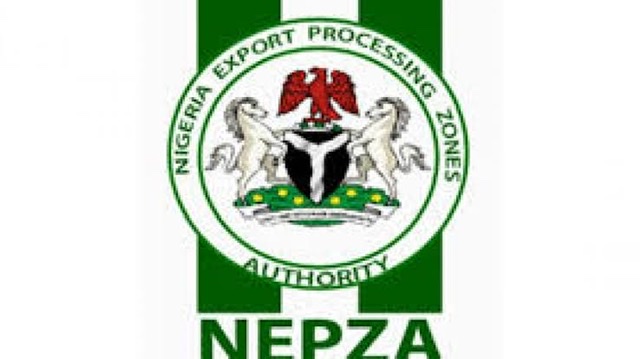 The Lagos State Government has assured the Nigeria Export Processing Zones Authority (NEPZA) of its preparedness and partnership to create an enabling environment to position Free Trade Zones (FTZs) for economic growth.

The Lagos State Governor, Babajide Sanwo-Olu made this known when Prof. Adesoji Adesugba, NEPZA’s Managing Director paid him a courtesy visit at the Lagos House Marina.

In a statement issued by Mr. Martins Odeh, Head, Corporate Communications, NEPZA on Friday, Sanwo-Olu said that the free trade zones could be used as a catalyst for exports and development.

Sanwo-Olu added that it could also become the country’s economic engine room when properly managed.

“What you see around the world is that many countries have been able to turn their FTZs into a catalyst for export and development.

“It is only when those kinds of things happen that you can see the real growth of the economy attracting Foreign Direct Investments (FDIs) and creating a competitive environment.

“Lekki Free Trade Zone is the biggest in the country and for us, it has come into reality. We are indeed happy in terms of investment that is coming there and those that would still be attracted to space.

“We are going to partner with NEPZA to build a good platform for foreign businesses and international direct foreign access,’’ the governor said.

On forming partnership with NEPZA, the governor said the need for such collaboration with the federal agency was the right synergy that could move the country’s economy forward.

“I think it will be a big shame for all of us in our own time if we cannot double or triple what we met on ground. We need to improve on what we met and take it bigger and higher,’’ he said.

He said that the state government was ready to collaborate with NEPZA as a critical authority and intervention agency which could take the country forward by creating a platform where businesses could thrive in the country.

“Indeed, if we use the free trade zones scheme very well, it can become part of our developmental strategy.

“We need to build virile enterprises and begin to look beyond oil. We need to look for other non-oil export and the free zone can give us all that opportunity,’’ Sanwo-Olu said.

Earlier, the NEPZA boss said that the authority had conspicuous presence in the state, adding that 14 out of 42 free trade zones in the country were located in Lagos.

Adesugba explained that FTZs presented huge potential for economic growth, adding that if fully put to use could provide direct and indirect employment for thousands of the state’s teeming population.

“We truly need to work together to get it right. Free zones concept should be supported by government. We are very positive that the collaboration between the agency and Lagos state government will be helpful to the state and the country,’’ he said.

In another development, Adesugba had solicited the intervention of the Federal Airport Authority of Nigeria (FAAN) to consider temporarily writing-off rent and other charges for some struggling airline service enterprises operating within the FTZs scheme at the airports.

He said this would serve as palliatives for lack of operations occasioned by COVID-19 pandemic.

Adesugba also said that it was possible for all enterprises operating in the country’s zones to benefit from the Federal Government palliatives extended to some sectors of the economy.

“I will discuss the possibility with the Minister of Industry, Trade and Investment, Mr Adeniyi Adebayo if this can be activated through the Presidential Committee on COVID-19.

“Some critical sectors of the economy have benefitted from the largesse. Enterprises operating in the zones are critical to the industrialisation of the country, and therefore, required support at this difficult times,’’ Adesugba said.

He, however, expressed satisfaction how all the companies had comported themselves during this pandemic.

He added that it was heartwarming that they had not considered embarking on mass retrenchment which could impact negatively on the country’s unemployment situation.

The NEPZA boss promised to continue to support and partner with the enterprises to solidify the free trade zones concept in the country, adding that all concerns raised by operators would be passionately looked into.

LSFVCB harps on content registration to boost the entertainment industry

Eight on trial in Berlin for alleged cocaine home-delivery service