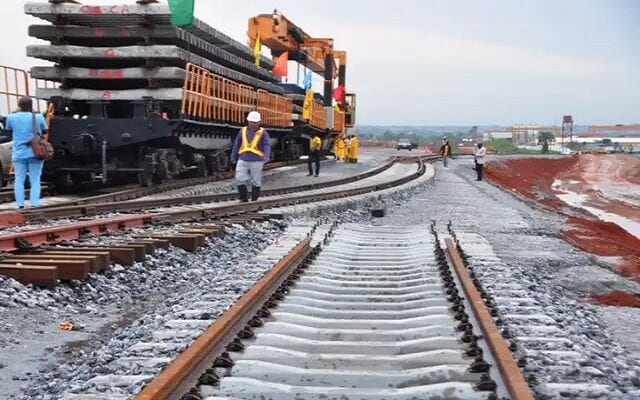 The General Manager of the agency, Mrs. Abimbola Akinajo, made the disclosure during a visit by the officials of the Office of Transformation, Creativity, and innovation, (Office of Head of Service) on Wednesday, in Lagos.

Akinajo said that LAMATA was working assiduously to ensure the delivery of the rail lines to passenger operation by December 2022.

She said: “These two lines will change the transport landscape of Lagos when operational. We have a transport master plan which speaks to the vision of Gov. Babajide Sanwo-Olu on transportation.

“We have six rail lines and one monorail, 14 Bus Rapid Transit (BRT) corridors, over 20 water routes and we are sure that when all of these are properly harnessed, Lagos will join the league of cities with an efficient transport system.”

“We would be launching our First Mile Last Mile scheme very soon. We are working on the construction of two interchanges at Mile 2 and CMS. We want to ensure that Lagosians travel in comfort.”

MORE READING!  I denied my husband sex for four years, not 10 - Woman begs court to save 48-year marriage

The general manager affirmed that it was working toward “a connected Lagos” with the various transport projects implemented through it by the state government.

She explained that the vision of an intermodal integrated transport system was meant to create choices for the Lagos commuters without stress.

to achieve their daily commute needs and meet up their economic and social engagements.

Akinajo said LAMATA had opened up 57 routes for operators which include the two main transport unions, the National Union of Road Transport Workers and the Road Transport Employers Association of Nigeria.

She noted that they were currently operating on the Oshodi – Abule Egba BRT corridor and other standard bus routes.

However, Akinajo told the officials that LAMATA needs to increase its manpower as the transport networks unfold and an office complex to accommodate its staff.

The Lead Consultant, Mr. Abdurrahman Lekki, described LAMATA as a transport agency pivotal to the Traffic Management and Transportation; Health and Environment; Education and Technology (THEMES) agenda of the state Governor, Babajide Sanwo-Olu.

Lekki advised the agency to ensure that a broad spectrum of stakeholders in the transport sector was carried along to guarantee the success of government plans. ki