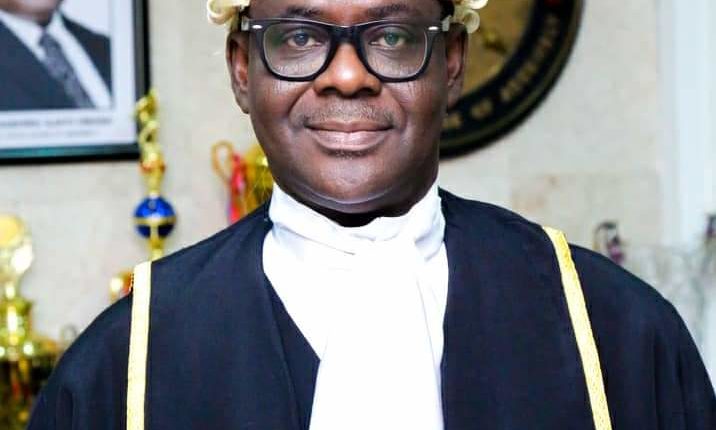 The Clerk of the Lagos State House of Assembly, Mr Azeez Adebowale Sanni on Friday, 11th September 2020 retired from the State public service after serving for 35 years.

This was announced in a statement on the Facebook page of the Lagos State House of Assembly Service Commission (LAHASCOM).

Mr Sanni worked in various government agencies and parastatals. Notable among such are; Ministry of Finance, September 1988-1999, Ministry of Home Affairs and Culture, 1999-2004.

Ministry of Establishment Training and Pension, Jan- Sept 2004 and was later appointed as Secretary to the Muslim Pilgrims Welfare Board from Sept 2004- March 2009 before he was deployed to the Lagos State House of Assembly in March 2009 initially as Assistant Director (PRS) and later as Deputy Director Admin and Human Resources.

Mr Sanni was appointed as the Acting Clerk of the House in 2016.

Confirming the retirement on LAHASCOM Facebook page, the Commission commended the outgoing Clerk for his meritorious service and leadership qualities.

“Happy congratulations to the Clerk of Lagos State House of Assembly, Mr Azeez Sanni on your retirement from the LSHA.

“A sojourn of 35 meritorious years is an enviable and great achievement. In close to 35 years, you have led gregariously and passionately, you have mentored as well as groomed so many brilliant and audacious administrators. You have shown uncommon dedication and zeal to work and you have risen to the pinnacle of your career with no blemish.

“The entire Lagos State House of Assembly Service Commission family rejoices with you this day and prays that as you retire from the public service today, you shall not be tired. May you retire into good health, grace, prosperity and abundant blessings of God.”