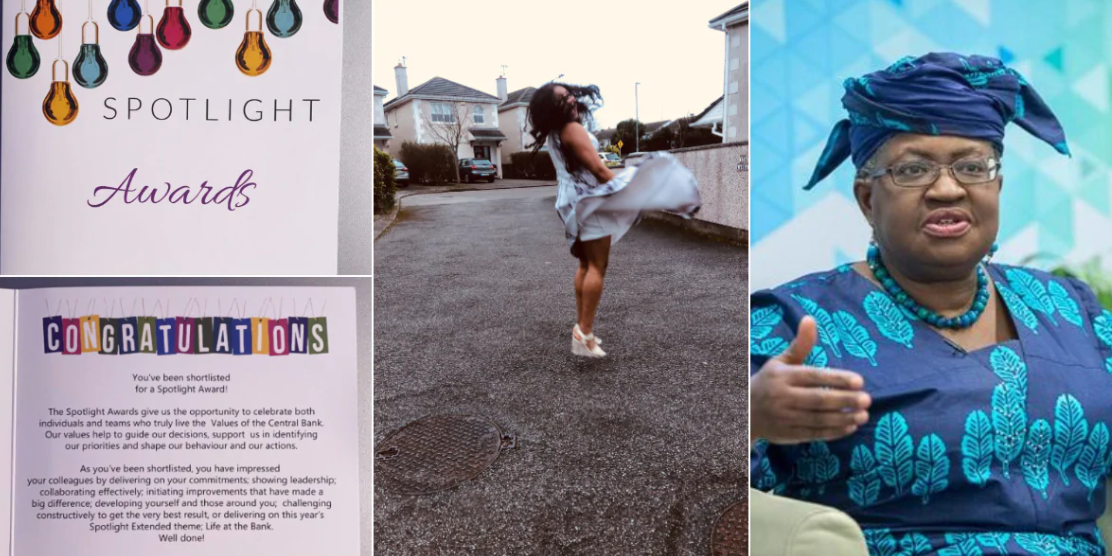 A hardworking Nigerian woman living in Ireland, Nono Okeke, is overjoyed after she bagged one of the biggest awards at her workplace in the European country.

Okeke took to the microblogging platform, Twitter, to reveal that she won the Central Bank of Ireland’s highest award.

According to her, what motivates her to work so hard is Ngozi Okonjo-Iweala.

Recall that Ngozi-Okonjo Iweala was recently appointed as director-general of the World Trade Organization by representatives of the 164 member countries.

“So this happened yesterday! I work in Central Bank of Ireland and yesterday I won the “Spotlight Award” which is the highest award you can ever win in Central Bank. Still in shock! Ngozi Iweala is the woman that motivates me to work viciously hard!

I dedicate this award to her.” 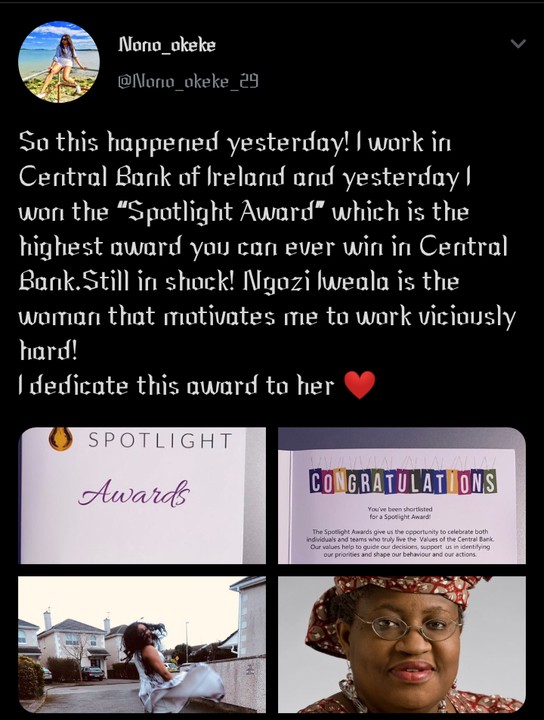 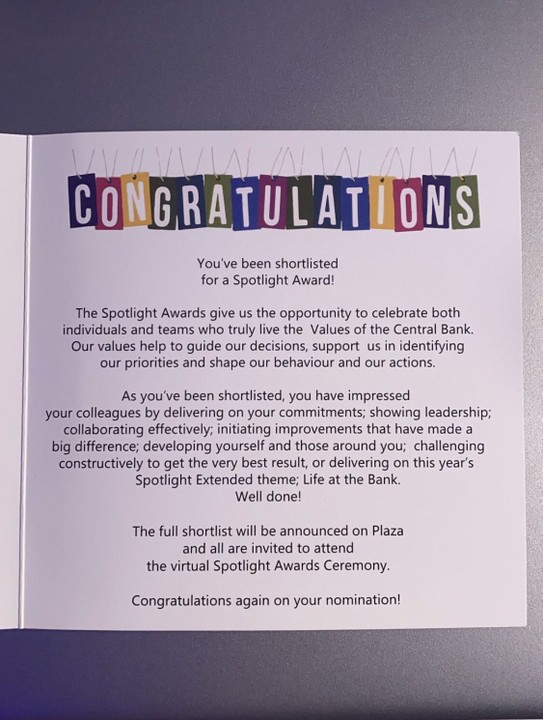 In response to a collage of a kid with one of her photos, the WTO chief prayed for all the children she equally said they will all become great in life as she called the child model beautiful.

Okonjo also appreciated all those who have shown her huge support since her emergence. It should be noted that the kid’s photo was first posted by her dad, Sage Ugo, on his Instagram page.

Woman, 64, gives birth to twins, loses custody after being ruled unfit to care for them