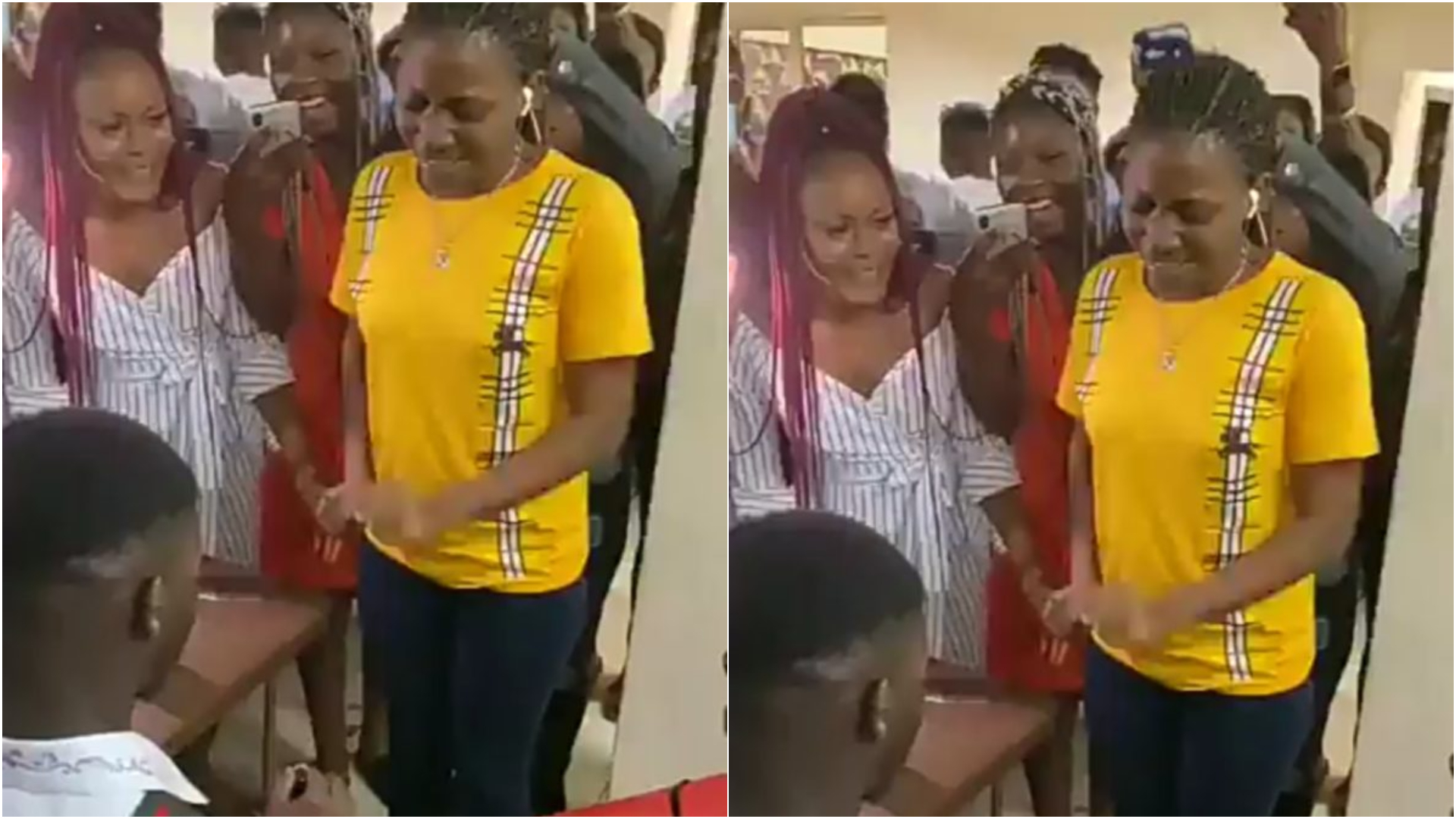 In a video making rounds on a social media, a lady has gone berserk after receiving a proposal ring from her boyfriend.
According to the video, the lady runs mad immediately after she collects the engagement ring.
The lady’s boyfriend who was already set to propose to her was spotted on his knees, stretching out his proposal ring to her, in the presence of a huge crowd cheering them on.
At first, the girlfriend was seen expressing her excitement over the proposal and she also stretched out her hand to accept the ring.
Unfortunately, things went wrong as she suddenly began showing signs of madness, which caused a huge uproar at the scene.
Watch the video below;
MORE READING!  I denied my husband sex for four years, not 10 - Woman begs court to save 48-year marriage

In other news, Robert Maraj, the 68-year-old father of popular American rapper Nicki Minaj, has died after he was struck by a hit-and-run driver in New York.

In a statement on Sunday, Nassau County Police say Robert was killed after being hit by a vehicle on a road in Long Island, New York at around 6 pm on Friday.

“According to detectives, while walking in the roadway on Roslyn Rd at the intersection of Raff Ave, a 64-year-old male was struck by a northbound, undescribed, vehicle that left the scene of the accident,” the release stated.